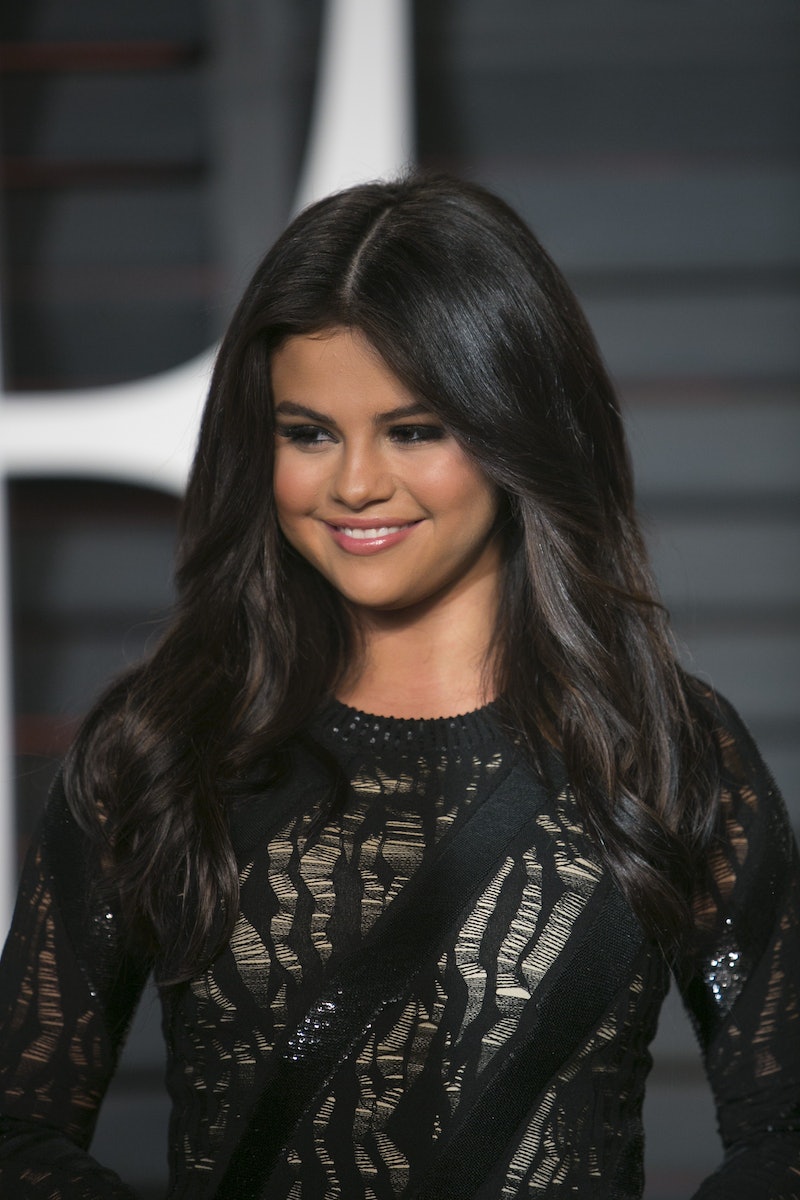 Get your iTunes accounts ready, Selenators: Selena Gomez's new single, "Good For You," premieres on June 22. The "Come & Get It" singer/Hotel Transylvania 2 voice actress released a greatest hits compilation called For You in Nov. 2014 that featured two new tracks — tear-soaked ballad "The Heart Wants What It Wants" and flirty up-tempo "Do It" — but she hasn't put out a proper full-length studio album in almost two years. So, in other words, it was definitely time for the newly crowned Queen of Pantene to launch the campaign for her as-yet-untitled Stars Dance follow-up. Hopefully, pop radio will welcome her back with open arms.

So, what's "Good For You" about? The title is fairly ambiguous, so it's difficult to say. It could be a love song ("I could be so good for you," etc.), a diss track ("I always knew I was too good for you," etc.), or something else entirely ("Fruits and vegetables are really good for you," etc.). At this point, it's unknown. However, we have learned some other information about the upcoming single since it was announced last Friday, and I'm eager to share it with you.

Here's everything we know about "Good For You" so far:

Apparently, It's A "Monster"

Gomez recently posted what appear to be three stills from the "Good For You" music video on Instagram, suggesting that it might already be finished. Will it premiere on June 22, as well?

The Songwriters Are Kind Of A Big Deal

"Good For You" may have been penned by songwriters Julia Michaels, Nick Monson, and Justin Tranter — and they're all kind of a big deal. Michaels recently lent her vocals to two tracks ("Straight Into the Fire" and "Daisy") that appear on Zedd's latest album, True Colors; Monson worked on big songs like "Applause," "Dope," and "Swine" from Lady Gaga's ARTPOP LP; and Tranter helped craft Fifth Harmony's catchy Mariah Carey tribute, "Like Mariah." I can't wait to hear what they came up with for Selener.

Stay tuned for more details about "Good For You" in the coming days.

More like this
Selena Gomez Joked About Her Relationship Status In Her ‘SNL’ Monologue
By Grace Wehniainen
Justin Bieber Just Added Another Date To His UK Tour
By Sophie McEvoy
Taylor Swift, Kerry Washington & More Speak Out On Uvalde Mass Shooting
By Jake Viswanath
Selena Gomez’s ‘SNL’ Hosting Debut Had Twitter Gushing Over ‘Barney’ & Wigs
By Stephanie Topacio Long
Get Even More From Bustle — Sign Up For The Newsletter