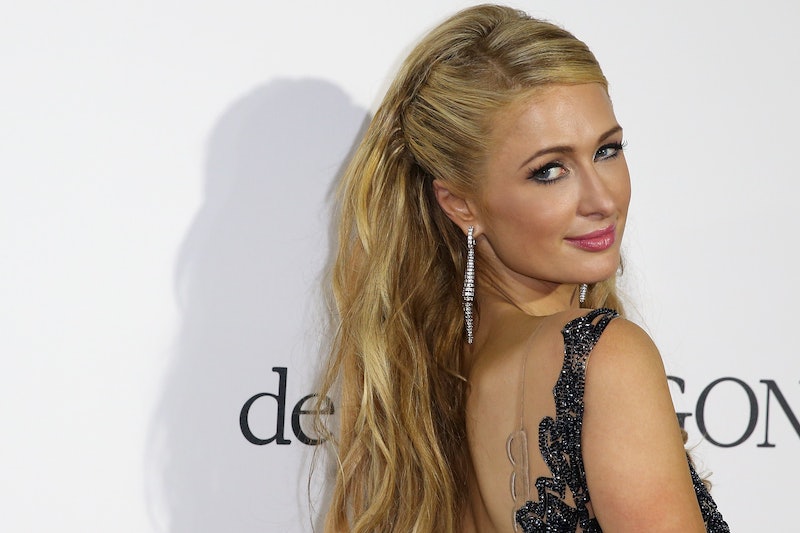 Holy Paris Hilton. For its debut issue (and they certainly made it a memorable one), ADON magazine tapped Paris Hilton as its first cover girl, shining quite a different spotlight on the socialite who is shot posing as none other than Eve — yes, the one from the Bible. That Eve. I’m not quite sure just how strong of a biblical woman Paris Hilton is in real life, but she makes a good case for one in the glossy’s editorial. As someone who was raised Catholic, in all my years of religious education, I do not recall ever seeing Eve looking quite as sexy (or as similar to a snake-hugging Britney Spears for that matter) as Hilton‘s portrayal. Though, I guess that's what happens when you and your naked man friend get a little taste of forbidden fruit.

According to ADON, Hilton’s editorial will feature the television personality paying “tribute to all powerful biblical women in history: Adam and Eve, Samson and Delilah, Mary and Mary Magdalene.” Basically, Hilton has taken the Bible by one very seductive storm, clad in transparent dresses and bustiers. It goes without saying that this spread probably isn't going to be loved by all, but hey; it's Paris Hilton. She kind of does what she wants. And just when you think she's fallen out of the radar, she appears again, making money left and right. Say what you will about Hilton, but she's a shrewd business woman. And as someone who can't remember the last time anyone cared about Hilton being on the cover of a magazine, it says a lot that we're here discussing the cover. Paris knows what she's doing, guys. Don't worry.

And whoever said holy and sexy weren’t synonymous may change their mind on this one.