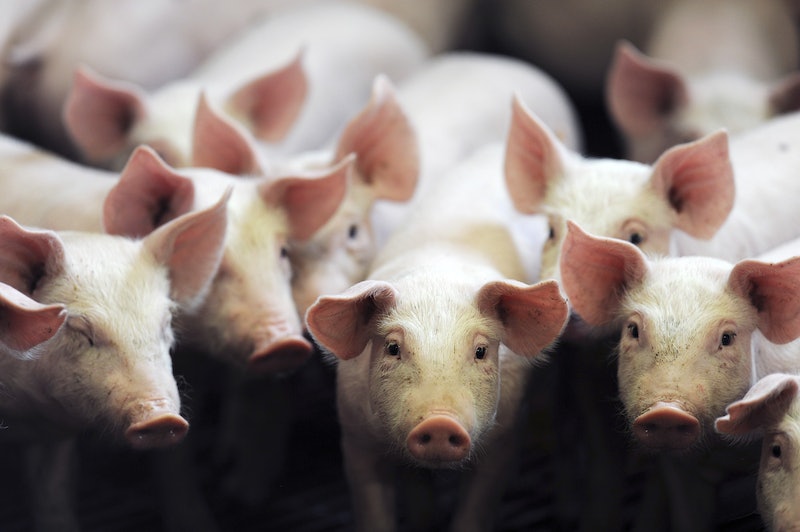 Acronyms seem to have been an integral part of our language and communication since T9 texting, and whether you love them or hate them, they're here to stay. The issue with acronyms, however, is that it's not always easy to know what they mean without proper context, a slang dictionary, or a readily available young person to consult. Take, for example, this one: What does the acronym HAM mean and why does everyone keep saying it? Well, the good news is that I've managed to find answers to just about every question you might have about this slang term.

There are a few definitions for HAM floating around the interwebs, all of which can be taken together to make one full-bodied definition of the word. Let's take a look at some of them, courtesy of Urban Dictionary:

2. Going balistic on someone: flippin [sic] out: f***in someone up.

3. When a person is unstoppable or just in the zone in any type sport or competition setting; it can also be defined as going crazy and buying up everything in a store; or even doing something beast-like.

So, the acronym stands for "Hard As a Motherf***er," which means someone who is tough, competitive, wild, resilient, or riled up, depending on the context in which you use it. In my experience, HAM usually isn't a bad thing; on the contrary, people seem to speak of HAMs with admiration and awe (most of the time, at least).

Of course, there are some people who embody the HAM lifestyle — the poster child of which is, of course, Kanye West.

Kanye has been known to go HAM with a lot of things: His critically acclaimed music, his marriage to Kim Kardashian, and his general behavior in public (because who will ever forget the great Kanye and Taylor Swift Debacle of 2009). But he is not the only one in the celeb-sphere to consistently go hard as a motherf***er. Here are five other celebrities who embrace the HAM lifestyle in one way shape, or form.

Remember Steve-O from Jackass? The same guy who ate rats, snorted wasabi, and voluntarily got his nose broken by Mike Tyson? Yeah, he went pretty HAM.

If you haven't been moved to tears by how HAM Rachel goes, especially when debating her opponents, you haven't really lived life.

Louise never takes crap from anyone and if they try to give her any, she unleashes it right back at them a million times harder.

4. Red from Orange Is the New Black

Because if you've ever seen one episode with her in it, you know she is Queen of the Kitchen and the rest of the prison too.