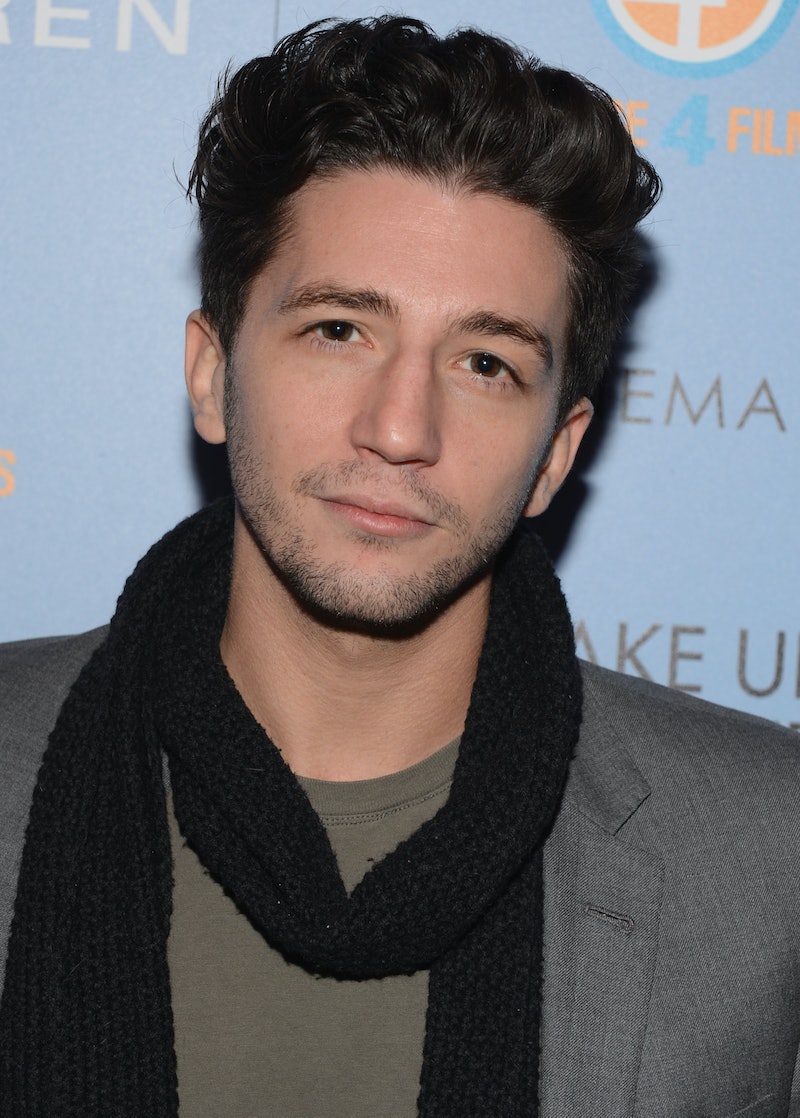 This season on Orange is the New Black, our favorite stalker got her happy ending. Lorna Morello joins the prison pen-pal program to seek companionship and commissary money. In traditional Morello fashion, she memorizes facts about the guys' hobbies to make herself seem more appealing, spouting off trivia about birdwatching and Japanese anime to impress her potential suitors. In Episode 10, Morello meets Vince Muccio, and they hit it off right away. He comes to visit her at Litchfield, and, within a few vists, the inmate proposes to him with a ring made of a piece of paper she rips out of a magazine (not as cute as Bennett's gum wrapper ring for Daya, but we know how that engagement worked out). But who is Vince Muccio aka John Magaro from OITNB?

Vince and Morello quickly get married in the season finale, with Morello delivering a dramatic reading of "I Want to Know What Love Is" for her vows. Vince responds favorably, saying "Foreigner, my favorite band," demonstrating how accepting he is of her eccentricities and showing us that this couple just might be meant to be.

Our feelings for Morello are complicated. Yael Stone's performance is so endearing, that we forget that Morello is a violent woman who tried to bomb her former crush's (new) fiancée, and sent her new man to beat up said former crush, Christopher. Yet, the show managed to make a moving moment out of her meeting her perfect Italian-American match. Now, who is this actor who stole both Morello and our hearts?

John Magaro has been acting since 2005, appearing in Not Fade Away alongside James Gandolfini in 2012. It was the first feature film from David Chase, the creator of The Sopranos. In the film, he plays Gandolfini's son, and lead singer of a teenage rock band in 1960s New Jersey. His performance was well-received, the New York Times calling him "perfectly cast," leading Angelina Jolie to cast him in her film, Unbroken.

In Jolie's film, he played an Air Force dive bomb pilot and opera singer in a Japanese Prisoner of War Camp. Certainly a heavy role, indicative of considerable range. On OITNB, Magaro demonstrated perfect timing: "I've got crazy feelings for you," Vince says, "Pauly D, JWoww 2010 kind of feelings." And then Vince and Morello showed us a wedding party we'll never forget.

This January, Magaro will be seen opposite Chris Pine and Eric Bana in The Finest Hours, about a Coast Guard rescue mission in Cape Cod after a devastating blizzard in 1952.

Now that they are married, we hope it is a sure thing that they bring Vince back for Season 4. How will these newlyweds' relationship develop while she serves out the rest of her sentence? Will he find out the true reason that she is behind bars? How will he react? This relationship will be interesting to see unfold. In the meantime, we hope the happy couple enjoy their honeymoon.

More like this
'Cheers' Stars Pay Tribute To Kirstie Alley After Her Death To Cancer At 71
By Jake Viswanath
Theo James Revealed The Truth About His 'White Lotus' Nude Scene & Fans Can't Cope
By Stephanie Topacio Long
The 'Kenan & Kel' Reunion On 'SNL' Took A Dramatic Turn, Thanks To Keke Palmer
By Brad Witter
Keke Palmer Just Announced She's "Going To Be A Mom" On 'SNL'
By Brad Witter
Get Even More From Bustle — Sign Up For The Newsletter