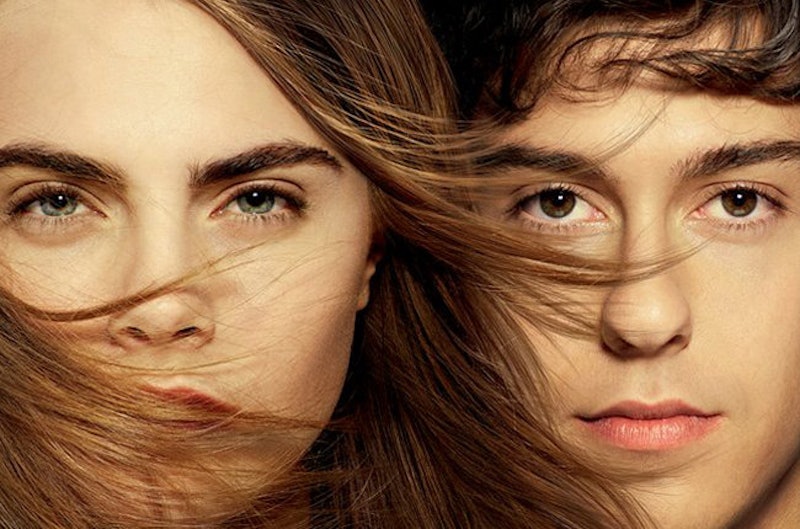 A great movie is a wonderful thing in and of itself. A great movie that also has a great soundtrack is a true gem. Just look at Garden State.The Garden State soundtrack is almost as legendary as the film itself. Well, it looks as if we might have another film/soundtrack dynamic duo in the works with Paper Towns, the upcoming blockbuster featuring Cara Delevingne and Nat Wolff. The Paper Towns soundtrack track list was released Tuesday and we are more excited than ever for the upcoming film and its accompanying list of awesome songs.

Featuring fresh new tracks from killer artists like Santigold, Vampire Weekend, Haim, Vancey Joy, and many more, the Paper Towns soundtrack is going to be a hit.

Paper Towns, written by John Green, the author who made you ugly cry to The Fault In Our Stars, tells the talle of the ever-beguiling Margo Rothe Spiegelman (Cara Delevingne) whose sudden disappearance alarms her childhood friend (and secret admirer) Quentin (Nat Wolff). Q embarks on a journey to find her after he realizes she has left him a trail of clues leading to her location.

Whether you're counting down the days til Paper Towns is released on July 24 or couldn't care less about the film, the soundtrack is still an absolute must-listen. Check out the full track list below and get excited for the Paper Towns soundtrack to drop on July 10.

More like this
Everything You Need To Know About ‘Black Panther: Wakanda Forever’
By Bustle Editors
Christian Bale Sang With Taylor Swift & His Daughter Can't Believe It
By Radhika Menon
Rita Ora Celebrates Finding Her "Fairytale" Ending With Taika Waititi
By Sophie McEvoy and Catharina Cheung
Did 'Grey’s Anatomy' Just Drop A Major Taylor Swift Easter Egg?
By Grace Wehniainen
Get Even More From Bustle — Sign Up For The Newsletter