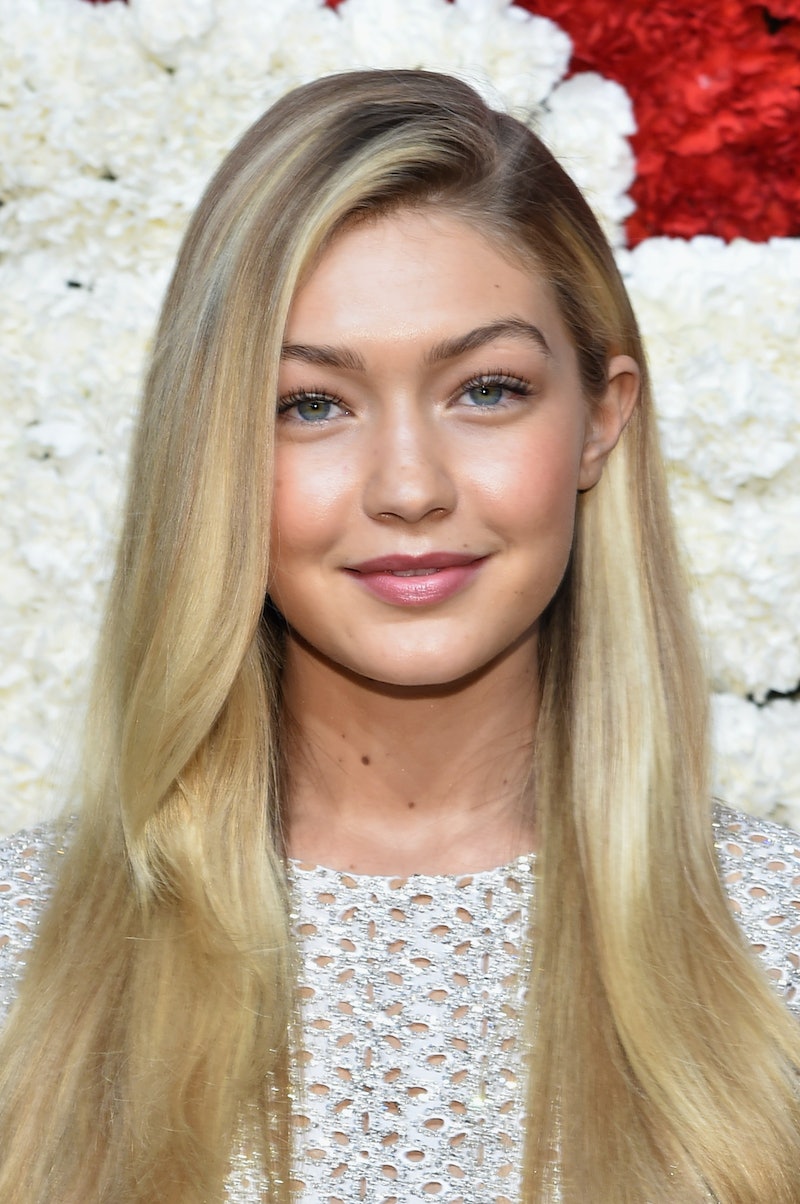 She's one of the newest models, but her star is quickly rising. Gigi Hadid is the face of Max Mara, making this her first high fashion ready-to-wear campaign. So, obviously, this is one big career milestone. Way to go, Gigi!

After opening Max Mara's runway show in Milan back in February, the 20-year-old nabbed the starring role in the brands Fall/Winter 2015 campaign. We fell in love with the Marilyn Monroe themed collection back then, and it translates just as flawless in the advertisements. The campaign, which echoes old Hollywood photographs, features Hadid sporting a blonde faux bob, modeling a fur collared coat, some sexy yet cool menswear inspired loafers, and a leather backpack. For one shot, Joe Jonas's rumored girlfriend dons a pair of teal spectacles to model a skintight, knit sweater, and quilted pencil skirt. It's by far the most sophisticated we've seen Gigi look, and I have to say — as much as I love her long hair, girl is totally rocking the bob.

The campaign definitely proves Hadid can transition seamlessly between commercial and editorial, and I'm sure this is only the first of many high fashion campaigns she's going to land this year.