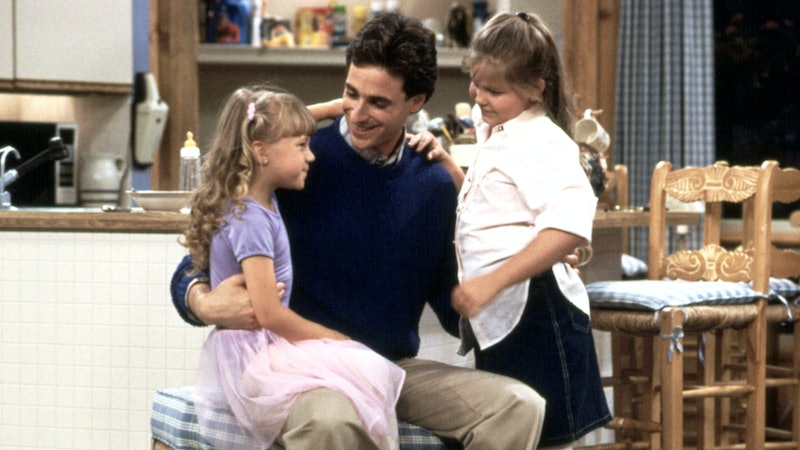 In honor of Father's Day, it only seems fair to celebrate one of the three great dads on Full House for all his dad-ness. Of course, I'm referring to Danny Tanner: the man, the myth, the legend. All fans know that the neat freak was an understanding, loving father with a dorky side, however there's one thing he doesn't get enough credit for — Danny had the best dad jokes on Full House. Obviously, Uncle Jesse was too cool for corny jokes, and since Joey was actually a professional comedian, he had a totally different repertoire. That leaves D-Money with some of the cheesiest jokes ever, but they always made us laugh and he deserves to be celebrated for that.

When you think about it, Danny was a total BAMF on Full House. Maybe not in the traditional sense of the acronym, but in other, even better ways. The father of three didn't care what people thought, didn't try too hard to be hip, and always just went with the flow. Basically, he totally owned his dad-ness, so the best way to honor him this Father's Day is to celebrate with his eight best dad jokes from Full House.

1. This Dig At An Injured Uncle Jesse

I see what you did there, Danny, and I appreciate you for it.

The actual quote: "Am I the raddest, baddest dad a kid ever had?" The answer: Yes.

3. When He Put Lime Soup On The Menu

When the lime-flavored Jell-O he prepared didn't gelatinize properly, Danny came in for the win. "We'll tell everyone it's lime soup," he said. A dad joke that solves a problem? It doesn't get better than that.

4. When He Reminded You How To Spell "Success"

As Danny explained, double the “c,” double the “s,” and you’ll always have “success.” This is a corny joke that doubles as great advice.

5. When He Stood Up For Disco

It took a VHS tape from the past for Danny to give his kids this important message: "This is Danny Tanner, reminding *you* that disco will never die!"

6. When He Didn't Want Any Special Treatment

Don't hate him because he's beautiful, but don't you dare ignore it.

7. When He Was Dead Serious About Cleaning

May you repeat that motto every night before you rest your head.

8. When He Got Even More Serious About Cleaning

When he's caught cleaning what appears to be well, soap, Danny shuts down that accusation. "Don't be silly. I'm just cleaning my rubber gloves." Don't be silly, guys! Leave that up to Danny, TV's cheesiest, most lovable dad.