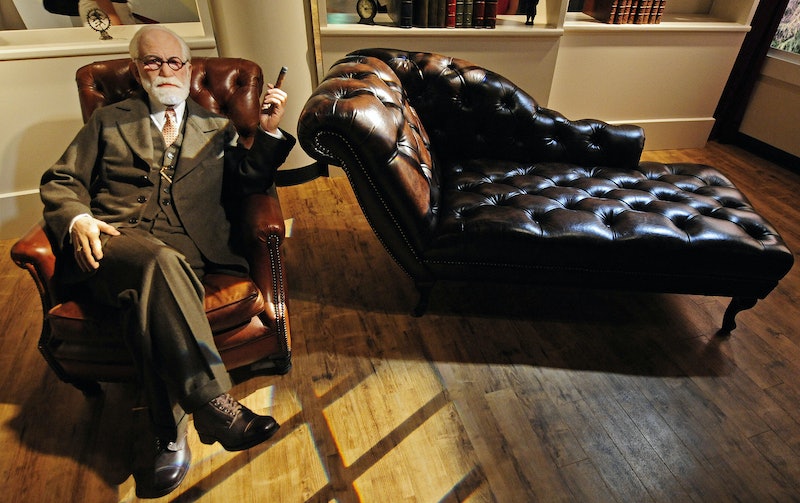 Eliza, a computerized therapist that gives automated responses to instant messages based on psychoanalytic techniques, was clearly created in the 60s. Based on “her” generic responses — some of her favorites are “Say, do you have any psychological problems?” and “We were discussing you, not me” — nobody is going to be fooled into thinking they're receiving counseling from a real person. Artificial intelligence was a new field when Eliza was created, and any improvements in the field since have apparently not been exploited to improve her. The website where she resides even warns the user,"Eliza is dumb! This is common knowledge. Please don't write to me telling me she's dumb, or how to fix it. If you don't like the way she works, you can change the code yourself."

That’s why I was surprised when I successfully fooled several OKCupid users into thinking I myself was responding when I merely fed their messages to Eliza, copied and pasted her responses into my OKCupid messages, and kept the conversation going until they caught on — or I started feeling bad.

Though perhaps not in the way Eliza intends, this method did reveal a lot about my messagers’ personalities. Ultimately, that’s Eliza’s goal: to provoke her “patients” into psychoanalyzing themselves under the pretense that she's doing the work. Though my guinea pigs reacted very differently, I think what I can say about them all is that they showed their true colors. So, according to my own original experiment, here’s what happens when you psychoanalyze your suitors on OKCupid:

Surprisingly, only two people called me out for not being genuine, and only one (see "they get totally carried away" below) suspected that my responses were algorithmically generated.

A few just stopped responding, and I don't blame them.

3. They're surprisingly nice about it.

Filed under "Nice Guys of OKCupid."

If this were an actual therapy session, I’d call that progress!

We all knew someone was gonna go this route.

Hmm, not really possible for Eliza — though maybe it will be one day, given recent advances in sex robots.

8. They get totally carried away.

At this point, Eliza suggested "Why don't you know... Help?" but I withheld that information out of fear that I’d push him over the deep end he was rapidly approaching.

Looks like I've got an actual patient on my hands now.

Well, all in all, it looks like a few of my subjects underwent some pretty illuminating therapy, and a few will now need therapy. My work here is done.