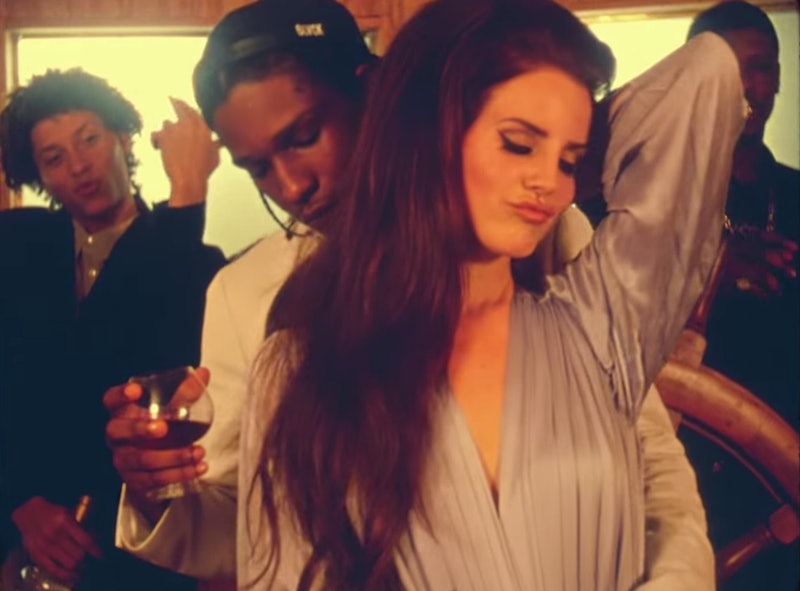 Every party deserves a great soundtrack, and Independence Day is no exception. When throwing a celebration for America's birthday, there are some established go-to songs you've just gotta play, no matter where you live in the U. S. of A. Your patriotic Fourth of July playlist will undoubtedly already have some time-honored classics, from John Mellencamp to Bruce Springsteen, as well as a few more recent on-theme picks like Katy Perry's "Firework," or Miley Cyrus' "Party In The U.S.A." Yeah, these are all great songs to jam out to on your deck while you wait for the fireworks to start, but don't limit yourself to these tunes just because it's the Fourth of July. Turn up the beat at your backyard barbecue with some fresher tracks that keep the party going to the tune of red, white, and blue, but in a much more creative and unexpected way.

Whether you want to totally break away from the pack, or just switch it up between songs, here are a handful of nontraditional singles you can throw in between Tom Petty's "American Girl" and The Boss' "Born In The U.S.A." No matter what you're doing over the holiday weekend, get ready to have a good time.

This perfectly titled jam from the late '80s Boston band starts off quiet and crescendos to a mid-tempo beat, reverb-heavy and hazy like a midsummer day. Excellent party-starting background music.

Synth and handclaps drive this infectious track that's a nod to the past with its old-fashioned melody and American nostalgia.

This bright dance-pop track pulses with a bouncy beat sure to up the energy as the drinks begin to pour.

4. "Ya Hey" by Vampire Weekend

Although Ezra Koenig croons that "America don't love you," this down tempo track exudes chill revelry.

5. "So American" by Portugal. The Man

The track itself is "so American," evoking classic American rock and emanating the majestic feel of an anthem. "Man, oh man. Yeah you're so American."

This lyric-driven ballad sounds nothing short of celebratory as Colin Meloy exclaims "July! July! July!" over folky riffs... just so long as you don't listen too carefully to the rest of the lyrics.

Kanye and Jay-Z are a must on any party playlist, and with this completely on-theme collab (featuring Frank Ocean on the hook), you don't need any excuse to include them.

Turn up the summer heat with this dancey electro-pop track adorned in synth sound effects and choirboy harmonies.

The sentimental love song pays homage to the iconic '90s film that showcases America's defining historical events from the latter half of the 20th century. "I wanna see your pom poms from the stands / Come on, come on."

The patriotic pop-rock anthem asserts that "it's so sexy to be living in America." And to any who disagree, "forget all you haters, USA is for lovers."

This almost exclusively instrumental track with dramatic orchestration will serve as a dynamic soundtrack to your soiree.

The best part about this sultry track might be its music video, which features A$AP Rocky as JFK, living the American Dream with Lana Del Rey as both his Marilyn and his Jackie. "Red, white and blue is in the sky / Summer's in the air and baby, heaven's in your eyes."

If Miley's America-loving jam is going to make it onto your playlist, please go with this Biggie mash-up version, because you can't throw your hands in the air without Big Poppa.