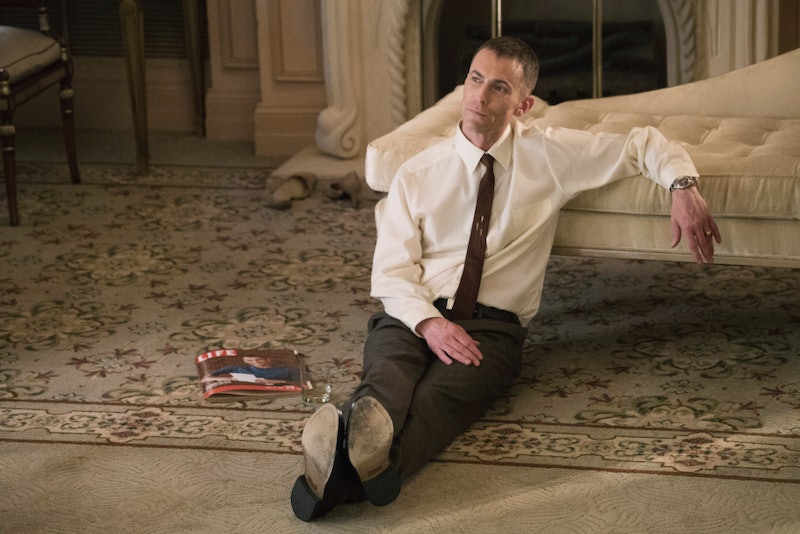 While a vast majority of The Astronaut Wives Club premiere "Launch" was centered around the show's core seven female characters (as it should be!), there was one male astronaut that was also granted a decent amount of screen time: Alan Shepard, played by Dexter 's Desmond Harrington. And, while his character hasn't been painted in the best of lights — I mean, he cheated on his wife multiple times in the first episode alone, so — the episode did see him gearing up to embark on a very exciting mission that is literally out of this world. After successfully being the first American to travel into space, NASA now wants Alan to land on the moon. The only question is...will Alan Shepard actually make it to the moon?

The answer to that question depends on how you look at it. As anyone who is even the slightest bit informed about space history (or has read Space.com 's biography of him) knows, the real-life astronaut Alan Shepard was not one of the first American astronauts to land on the moon. That title goes to the likes of Neil Armstrong and Buzz Aldrin. However, as Space.com details, Alan did make it to the moon eventually during the Apollo 14 mission, thus making him the fifth person to walk on the moon and the only member of Mercury Seven to accomplish such a feat.

It's also worth mentioning that these were the only two space flights Alan ever made, since his space missions had to be put on a five-year-long hold in the '60s when he developed an inner-ear disorder known as Ménière's disease.

Of course, it's hard to say just how closely the series intends to follow the character's real-life counterpart. For all we know, poor Armstrong and Aldrin could be edged out of the show's representation of history — though, personally, I highly doubt that'll be the case, especially since the entire concept of the show is centered around the women, not the men. (Sorry, dude, but your space journey is a backseat subplot as far as I'm concerned.) In my opinion, we'll more likely see how his career highs and lows impacts and changes Louise's perspective of her own life and the role she should get to play in it.

However, if the timeline keeps speeding ahead the rate it's going — the premiere covered over two years of material — we may very well get to see Alan make that epic journey on TV when the real Shepard did in history. Something tells me he'd be over the moon about it. (Too much?)