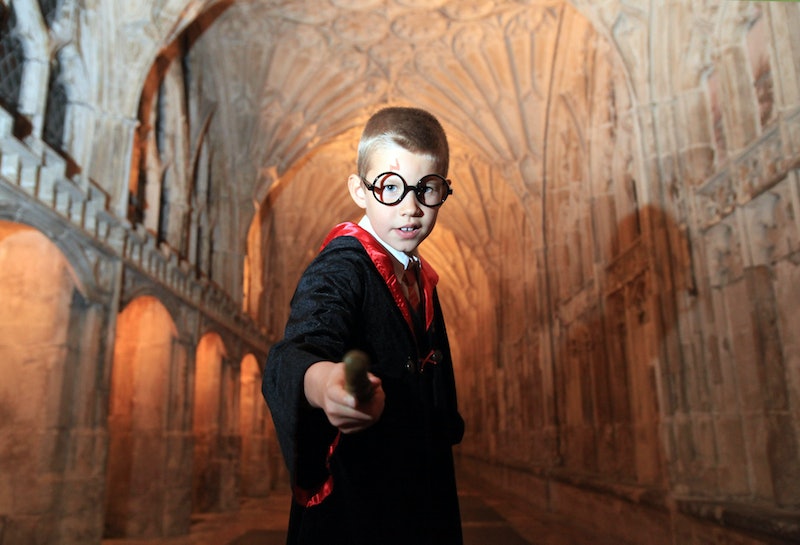 Which Hogwarts house do you belong in? Turns out this question may mean more than just what your childhood fantasies were, because according to a new study, Hogwarts house sorting corresponds to psychologically recognized personality traits. And yes, this was a real study. Scientist care about Harry Potter, too.

In the study, which is due to be published in the journal Personality and Individual Difference , researchers looked at the sorting quiz on the official Harry Potter site Pottermore and gauged personality measures among fans who had undergone sorting. Specifically, the researchers were looking for what are referred to as the "Big Five" personality traits — extraversion, agreeableness, conscientiousness, neuroticism, and openness — as well as the need to belong, the need for cognition, and the so-called Dark Triad traits. That's a real psychological term, by the way; the Dark Triad consists of narcissism, Machiavellianism, and psychopathy.

Unsurprisingly, researchers found a positive correlation between participants sorted into Slytherin and those Dark Triad traits — and is it any wonder, given the house's dark history? They also found a strong link between Ravenclaws and the "need for cognition," which makes sense given that Ravenclaws are known for intelligence. The researchers expected that they might also find a link between those sorted into Gryffindor (known for bravery) and being extroverted and open, and between Hufflepuffs (known for loyalty) and the need to belong, but no correlation was found.

Still, the authors write in the study, the "findings suggest that fiction can reflect real underlying personality dimensions."

So basically, Hogwarts houses are backed up by science now. This is kind of like the time that JK Rowling told us all that we really did get to go to Hogwarts. OK, not quite, but the basic gist is the same: Harry Potter is real, guys. It's science.

Beyond validating everyone who believes in the Hogwarts houses as real, important identity markers, this study also has interesting implications for how we view fiction. “Research shows that fiction may be a primary source for peoples’ beliefs about their world,” Laura Crysel, an assistant professor of psychology at Stetson University and lead author on the study, told Stetson University Today. In other words, fiction isn't just make believe. It helps us explain and categorize the real world, and changes our perceptions of it. Which is probably why science has also certified that Harry Potter makes you a better person.