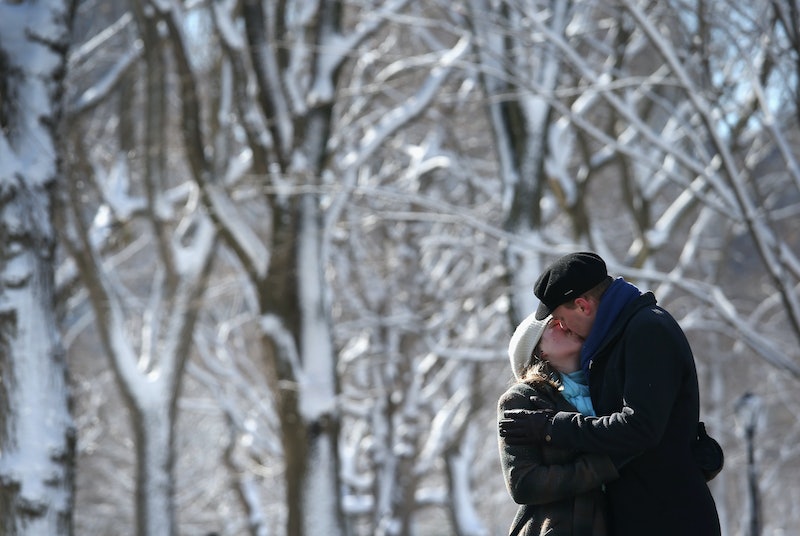 Let this news be your air conditioning on a sticky hot June day: Young adult hit-makers Lauren Myracle, Maureen Johnson, and John Green's story collection is shaping up to be the next Christmas film hit with the Let It Snow movie adaptation. You will have to wait another year (sad face), but when Let It Snow hits theaters December 9, 2016, it will be the perfect antidote to watching Love Actually two dozen times from Thanksgiving until Christmas.

Short story collection Let It Snow follows three unexpected romances (in unexpected places) on Christmas Eve during a snowstorm that has left one small town cut off from the rest of the world. One teenager finds love hiking through the snow off an stranded train, another during an early morning shift at Starbucks, and a third in a Waffle House with a friend. Like with Love Actually, each of these stories interconnect in both funny and adorable ways.

The Love Actually connection runs even deeper, though. Christmas blockbuster creator Universal is behind the young adult book adaptation — the same studio that gave us Love Actually and the mega successful Jim Carrey-starring The Grinch, aka Dr. Seuss' How the Grinch Stole Christmas. And get doubly excited because our girl Kay Cannon, the scribe behind Pitch Perfect and co-producer of New Girl, wrote the Let It Snow screenplay.

Myracle is behind the wildly popular Internet Girls series as well as Shine and The Infinite Moment of Us, among many (seriously, MANY) others. You will definitely know Johnson from her mysterious Shades of London series and her Little Blue Envelopes series.

We should have no worries of the ability of these three to write some seriously epic romance stories.

What I'm telling you is I will be there in my pom-pom hat and mittens come December 9, 2016.