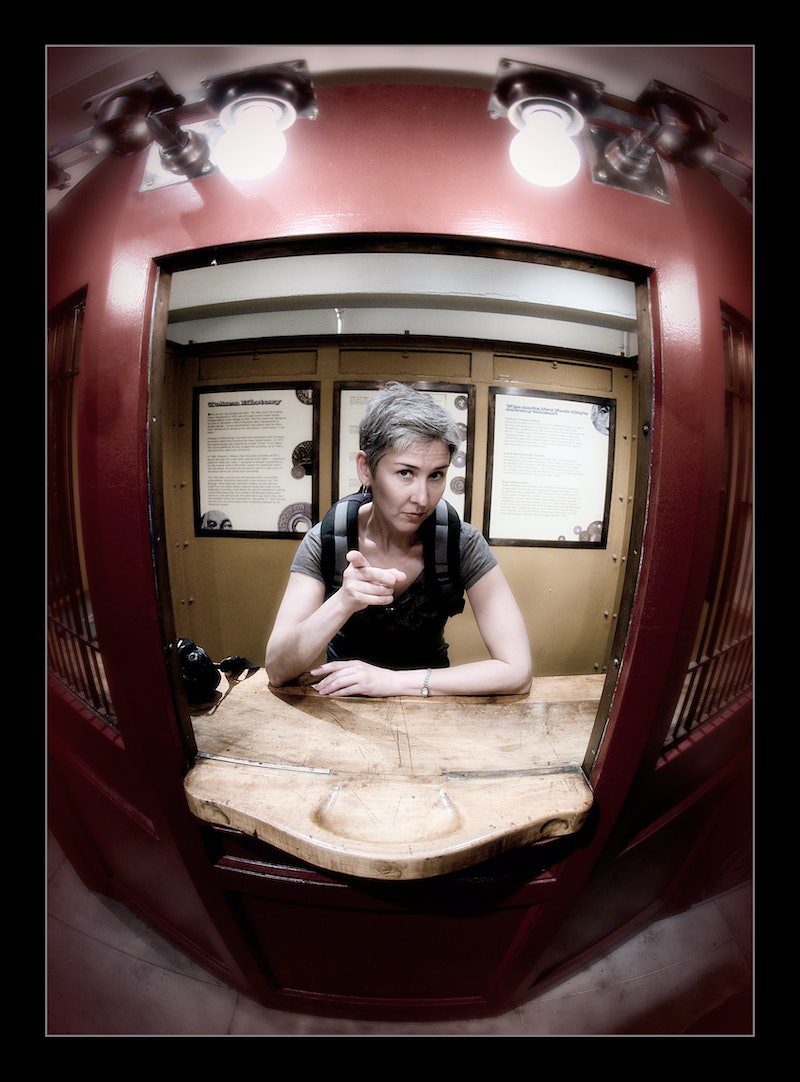 If your school librarian had been this cool, you might not still have library fines from 15 years ago. Librarian Mary Evelyn Smith’s parody video “All About Them Books” is definitely the coolest way to get kids to return books on time. It certainly beats the pursed-lip disappointment paired with a wagging finger that most library delinquents are used to getting.

The song parodies Meghan Trainor’s “All About That Bass,” and features a cast of book-wielding kids in addition to (a very fashionable, if I do say so myself) Smith, warning about the consequences of overdue books. And this librarian isn’t playing around, she wants them books back, kids.

According the her personal blog What Do You Do, Dear?, named for a children’s book of the same name by Sesyle Joslin, Smith created the video because she was “drowning” in overdue books, one of many common #librarianproblems. “I wish I could say I was drowning in love, or pudding, or a whiskey river — but, no. I’m drowning in overdue notices. Lots and lots of overdue notices,” wrote Smith. The video, posted on her personal blog in May, now has more than 62,000 views on YouTube as of this writing.

Smith is a self-proclaimed “song maker-upper,” among other quirky titles that make you want to be her friend (or invite her to perform as a clown-ballerina at your kid’s next birthday party…). With some perfect parody gems in this song, here’s hoping we’ll see more from this awesome “song maker-upper.” Oh, and kids, return your books ‘cause “librarians don’t mess around when it comes to fines.”