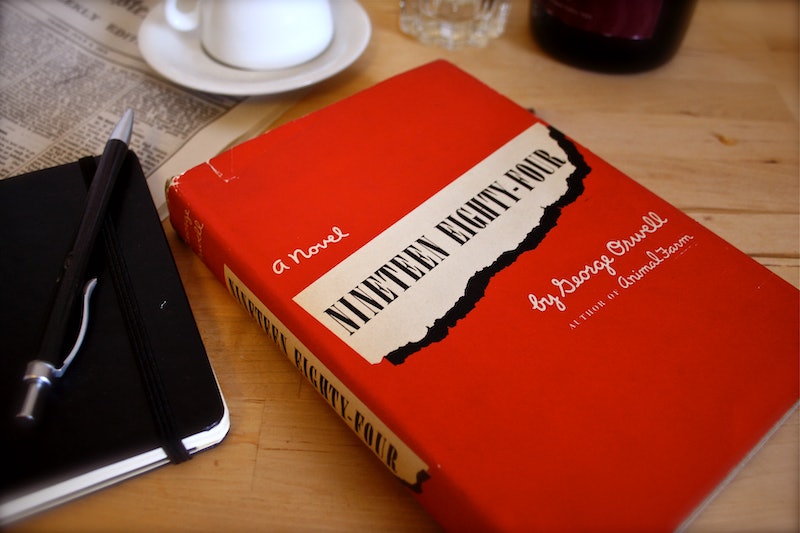 Everyone has heard the expression "truth is stranger than fiction," right? But what happens when reality begins to mirror fiction? Literature is filled with novels that have basically predicted the future before it happened. Titles like H.G. Wells' The World Set Free , which anticipated the use of the atomic bomb, and Morgan Robertson's Futility , which detailed the sinking of the Titanic 14 years before April 1912, have shown an eerie ability to see into the future.

Now, there's another title to add to the list: Jess Row's Your Face in Mine , a novel that strongly resembles Rachel Dolezal's story. 2014's Your Face in Mine tells the story of Martin Lipkin, a man who has undergone elective "racial reassignment" surgery. Like Dolezal, Martin altered his hair and skin to appropriate the appearance of an African-American, and immerses himself in black culture. Where Your Face in Mine and current events differ, however, at least for the present moment, is that Martin is fanatical about marketing racial reassignment surgery to the whole world.

When Row was working on his novel back in 2009, a quick Google search proved that "racial reassignment surgery" was effectively nonexistent. Just six years later, and only months after Row's novel hit shelves, the term began making major headlines.

In a post for Flavorwire, Row responds to a tweet that mentioned his novel's similarities to the unfolding current events, and writes about the experience of watching elements of his speculative fiction reenacted on the evening news:

This has been the year of Ferguson, of Black Lives Matter, of massive protests and die-ins, of Michael Brown and Eric Garner, Tamir Rice and Freddie Gray ... [to commentators] it felt outrageous that our national attention was supposed to turn from white violence against black children to a white woman who desired blackness so much she was driven to appropriate it for herself.

Row, who imagined a world in which "racial reassignment" existed before it actually did on any grand scale, and who has openly struggled with his own relationship to race, is notably less shocked by Dolezal's actions than it seems the rest of the nation is. He wrote:

There are some people born into positions of power and privilege who are driven to, for lack of a better word, vacate themselves. This can originate in a deep political commitment, in radical feelings of empathy, in the trauma of feeling complicit in acts of violence, in what the critic Anne Cheng calls “racial melancholia,” or even, perhaps, simply in a feeling that they were born in the wrong body. This impulse-to-vacate is problematic, to say the least, and dangerous at worst. But it exists. I’ve felt it myself. I believe it’s much more widespread than most of us imagine.

Whether the world in which Rachel Dolezal became breaking news will actually evolve by way of Jess Row's literary science fiction remains to be seen. In the meantime, for better or for worse, it is one filled with novelists who undoubtedly will continue to envision the future before it happens to everyone else.