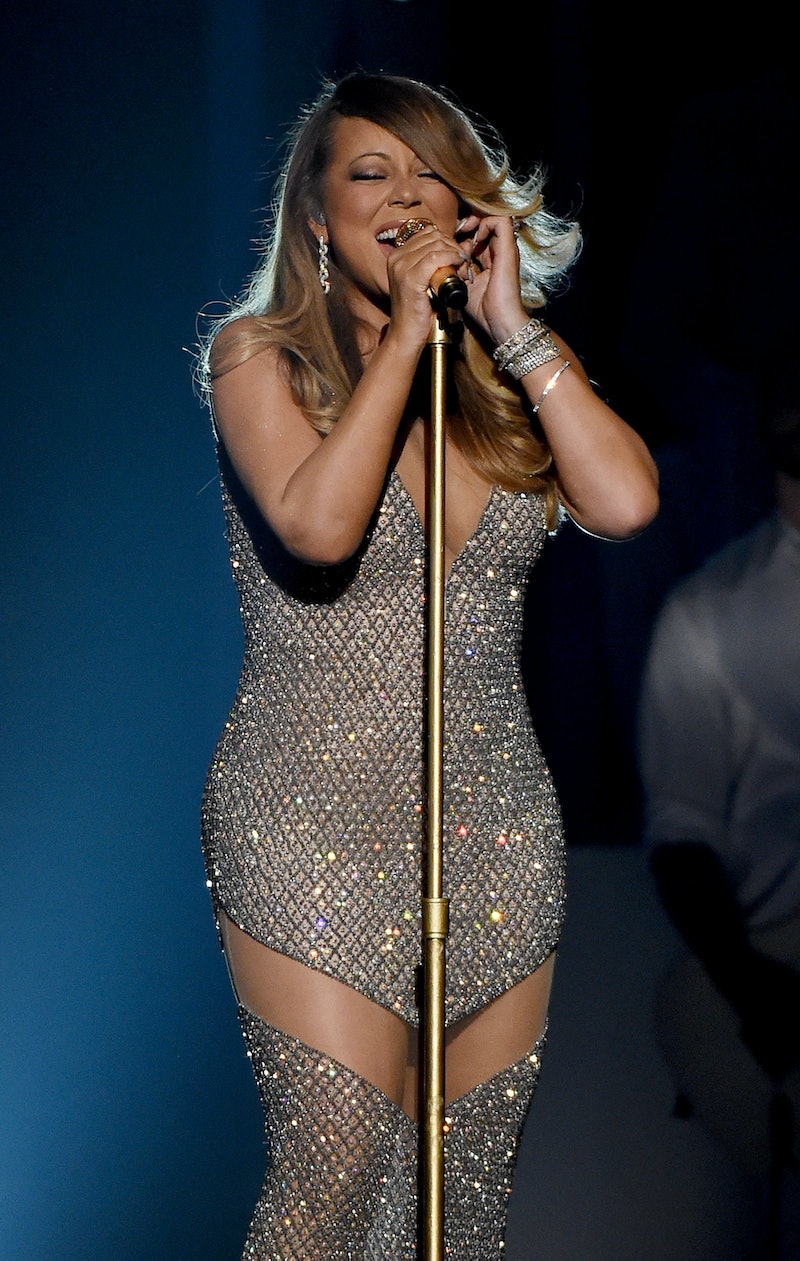 Hear ye, hear ye! A new queen has been chosen to lead the Game of War: Fire Age army. Since fall of 2014, supermodel Kate Upton has portrayed Athena in the commercials for the mobile game, but that is about to change: Last Friday, TMZ reported Mariah Carey will be Game of War's next spokesperson. Yes, you read that correctly. No, I'm not prankin' you. This is a sweet, sweet reality, baby. The "Infinity" singer will do a commercial and promotional shoots for the crazy-lucrative app.

OK, no disrespect to Upton, but I broke into an anticipatory sweat the second I read that a Mimi Game of War ad is happening. I'm so stoked about it. I mean, hello. It's Mariah Carey. Portraying a character in a Game of War ad. What a world.

When TMZ asked Upton about the changing of the guard, she provided a gracious answer: the original Fire Age Goddess of War smiled, said she can’t wait to see the elusive chanteuse's ad, and predicted it will be “awesome.”

Uh, I agree 110%. Mimi is already a goddess in real life, so she shouldn’t have any trouble playing a goddess on the mobile game battlefield (or whatever regal GoW role she might be assigned). Like, this could not be more in her wheelhouse. Not entirely convinced? Allow me to enlighten you.

She can render people silent with the snap of a finger

She can will a baseball to land in a glove

She anoints mortals with enchanted glitter

She's been to the Underworld

Hades was no match for Mimi.

She can hit these otherworldly notes without breaking a sweat