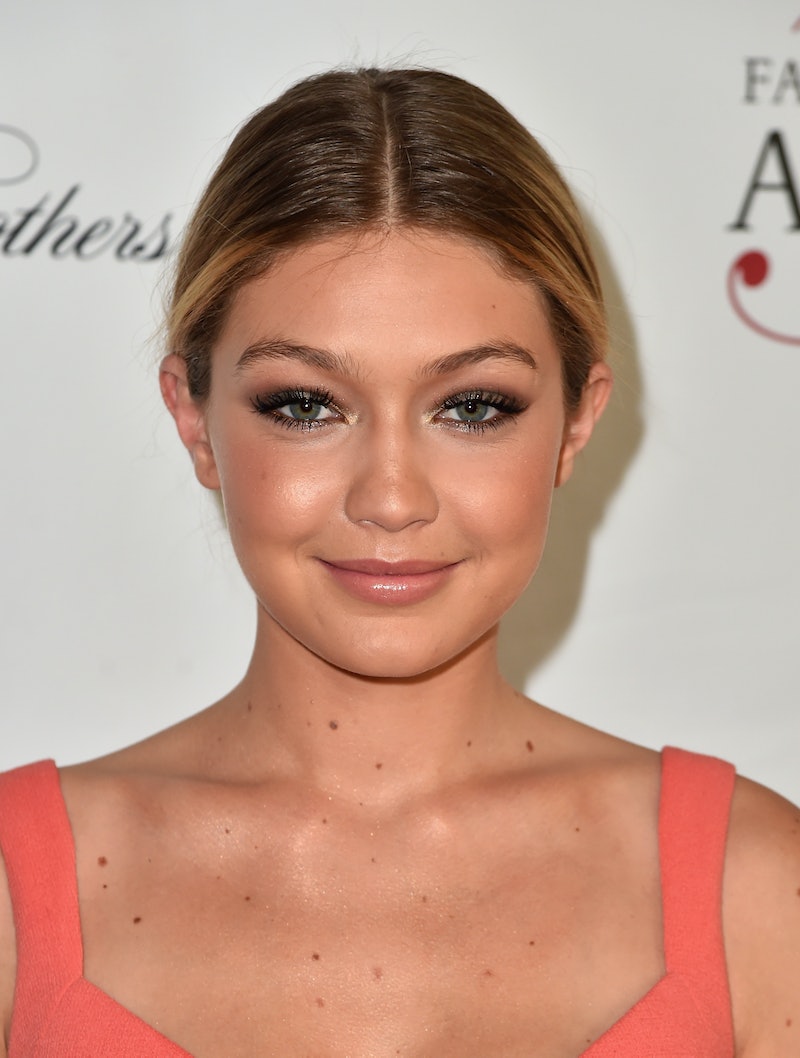 On Thursday evening, Gigi Hadid shared a picture of her "double chin" and the world collectively rolled its eyes. Not, by any means, because having a double chin is a bad thing. But because the accompanying caption and coverage have been bonkers. Hadid shared a candid photo of herself in a nude dress (attending an anonymous but seemingly fancy event), and if you squint your eyes, it kind of looks like she might be a human, with skin that moves when she tilts her head down. Which I guess she interpreted as having a double chin.

Hadid captioned the pic, "When you love a photo but then you have a double chin," thus implying that, well, double chins break pictures, because double chins are inherently bad. First of all, if she really didn't want to share this photo with her 4.1 million followers and call out her "double chin," she didn't have to share it. Second of all, the photo was taken at a low angle while Hadid was looking down, which would create the illusion of a double chin for just about anyone, including a supermodel. Thirdly, and most importantly, literally no one cares if you have a double chin. Because having a double chin is not a bad thing.

Elle wrote a piece about Hadid's alleged double chin as well, saying, "Welcome to the 'at-risk' chin club," which is just perpetuating the incredibly harsh standards to which women are held. We can't — and shouldn't — be required to fit any interpretations of aspirational beauty, and the fact that the we're defining "perfection" as "not having a double chin" is part of the problem. The fact that we're saying having one puts you "at risk" furthers the problem, still.

People, just get with being body positive, please. Double chin or single chin, you're pretty rad.