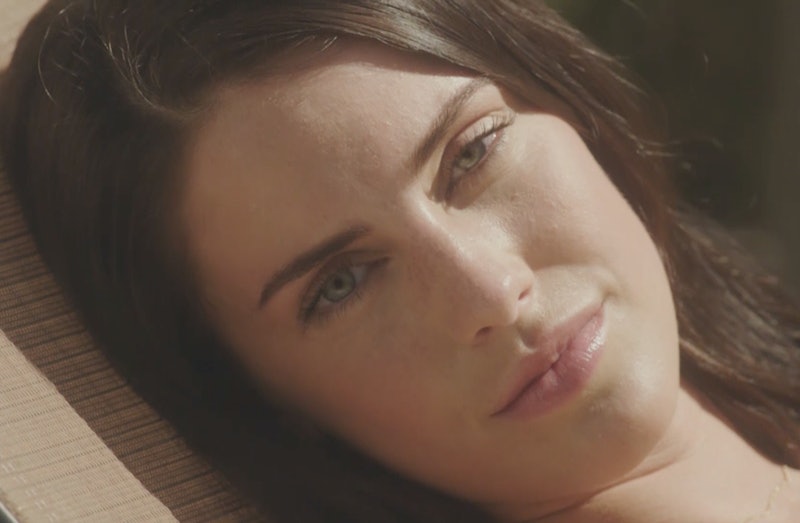 Like so many viewers, I couldn’t tell what I was watching, or how I was supposed to be watching, when it came to the Lifetime movie A Deadly Adoption . Maybe it’s because it was Kristen Wiig and Will Ferrell. They’re huge A-listers with some super smart films under their belt, so I had to wonder if this was an attempt to poke fun at themselves and at made-for-TV movies, or if this project was totally sincere. Despite all of that, I can tell you one the thing movie was above all else: it was definitely a Lifetime movie, chock full of everything you’ve come to expect from the network and its slew of inspired-by-real-life dramas.

I love Lifetime movies, especially any Lifetime movies featuring 90’s television stars. Tracey Gold as a paraplegic danger? Tori Spelling as a murderous mistress? Yes, please. Sign me up! I love the drama, the music, and, sure, even the plots. I also love how they remind me of staying home sick from school, because that is pretty much all I would do whenever I woke up with a fever or with snot down to my chin: stumble out to the living room, turn on the TV, turn to Lifetime, and veg out.

A Deadly Adoption was delightfully Lifetime-like. Like, I would have loved to watch this on a Tuesday morning with ginger ale and a bowl of popcorn on the table beside me. And, when it came on again, later in the afternoon, I probably would have watched it a second time, because this movie was a Lifetime movie, in all of the very best ways.

What would a Lifetime movie be without a dead baby? You know there is always going to be some sort of elements of maternity/fertility running right through the middle of it, and, when Wiig's character loses her baby in the first scene, you know exactly what kind of movie you're in for.

2. The Little Girl with the Dire Medical Condition

Just to make things REALLY interesting. You know she's going to somehow be without her insulin for a period of time the minute they mention her diabetes.

You know things are really heating up in a Lifetime movie when the camera starts working in slow motion. Like when Kristen Wiig’s character falls off the dock and into the water, hitting her head on the boat on the way down. It’s like a reminder to PAY ATTENTION because SH** IS GETTING REAL.

Let me tell you the recipe for a classic Lifetime movie: mix one part alcoholic father with one part sterile mother and one part crazy sexy lovelorn killer. Put it in the oven at 350 for two hours and you’ve got yourself a cult classic. I mean, we all saw that fake baby bump coming from the minute she showed up in that short summer dress, right?

5. It Was Inspired By a True Story

Because it wouldn’t be nearly as terrifying if it weren’t true. Now I’m definitely never adopting a baby from a woman who my husband cheated on me with. Thanks for ruining that dream, Lifetime.

6. The Young Girl in Love with the Old Guy

No girl in her right mind would be crushing on Will Ferrell with hair like that. I'm just saying.

7. When the Conservative Mother Kills the Crazy Hot Girl

Because no one messes with her family and gets away with it.

Cue: music. The movie definitely ended happily, with Kristen Wiig, Will Ferrell, and their adorable little daughter dancing goofily around the kitchen island. ‘Cause you know it wouldn’t be a Lifetime movie without a happy ending.

Like with any Lifetime movie, you have to give yourself in to the pure entertainment value of the story — A Deadly Adoption was nothing if not entertaining. I’ll be there with everyone else, watching from my couch and reveling in the drama, the music, and the happy endings. Hopefully without the thermometer.