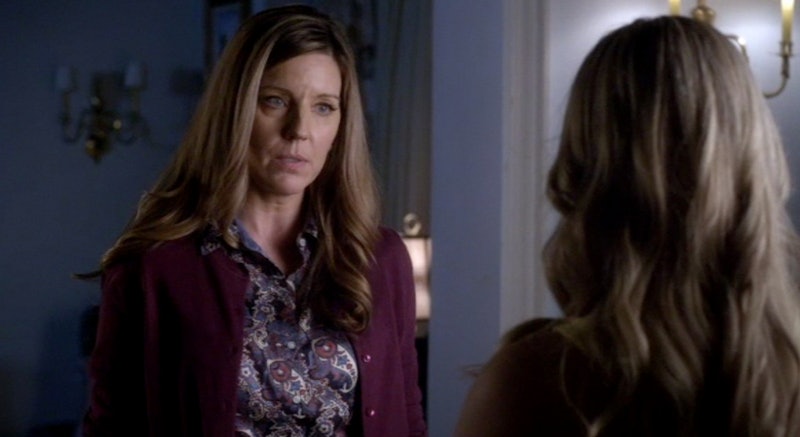 Jessica DiLaurentis went through a lot in her life: She had a son with drug issues who was born out of a secret affair, a daughter who she accidentally buried alive, and she ended up dead and buried in her own backyard. Not so great luck, huh? Now that us Pretty Little Liars fan have insight into the fact that that Charles DiLaurentis spent a part of his childhood with both Jason and Ali (I still maintain that he is both Jason’s twin brother and Ali’s older brother), the question begs to be asked: What did Mrs. DiLaurentis know about Charles?

If you’re not quite caught up on Pretty Little Liars, let’s get you there. Most recently, Mr. DiLaurentis was deny, deny, denying that Charles ever existed in the DiLaurentis family. That is, of course, until those meddling kids that we know as the Liars started poking around, and Jason and Ali forced their dad to come clean with Charles’ (or Charlie, as Jason called him who he thought was his imaginary friend) true identity. Though we still don’t know how Charles is related to the DiLaurentis family exactly, it’s at least been confirmed that he existed — oh, yeah, and also that he might be dead.

Is Charles DiLaurentis actually dead? Absolutely not. He couldn’t be. Pretty Little Liars is the N.E.R.D. of the teen drama world: No one Really Ever Dies. Being his mother (probably), what did Jessica know about Charles that would change things if she were alive right now?

I think that Jessica and Ken DiLaurentis had Charles committed to Radley for one of two reasons: He became violent with his siblings (this is probable, because, um, have you seen what he’s done to everyone else over the past six seasons?) or that Ken was ashamed that Mrs. D gave birth to two children who were fathered by someone else (if Charles and Jason are really twins), so he made Jessica give up one of her sons when he couldn't handle it anymore. Heavy, right?

In either case, Jessica and Ken put Charles in Radley, and Jessica was the only one that would visit him in there (Ken maintained that it wasn’t his son, so why bother?). When Charles either died (again, I really don’t think so), got better, or escaped, Jessica began to hang out with Charles’ best Radley pal, Bethany Young, in order to figure out if Bethany would tell anyone that Charles existed. That’s why Jessica promised all of those gifts to Bethany — a pony, clothes, whatever. It was to get Bethany to shut up.

When Bethany was attacked in the DiLaurentis backyard, Jessica knew that it wasn’t her daughter, but she figured that Bethany was there to collect on her blackmail, so she buried her secret alive. All of that mumbo jumbo about not being able to protect someone anymore? That was for Charles, not for Ali or Ken or Jason. Jessica has been protecting and guarding her favored son from the onslaught. Bethany knew too much, and Jessica had to stop it.

We’ll find out Charles’ real identity in the coming weeks, and hopefully, by then us Pretty Little Liars super fans will have a better grasp of what the rest of the series holds. (Maybe. Possibly). In the meantime, check out Bustle's PLL podcast below for more Charles theories.