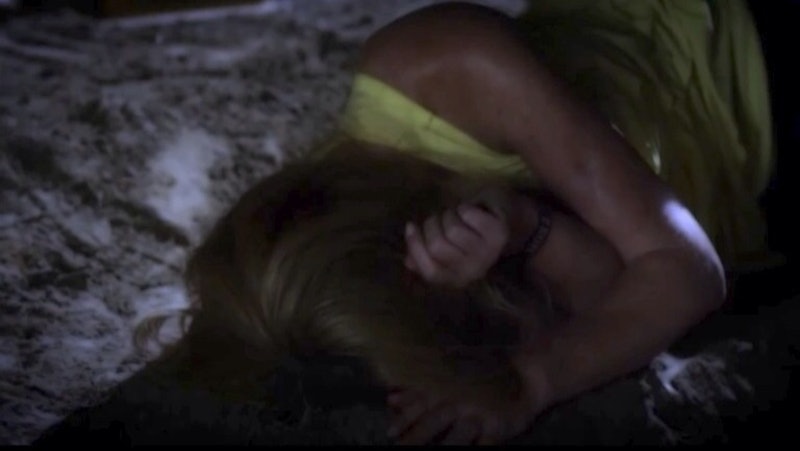 Fans may not have gotten exactly what they wanted in Pretty Little Liars' Season 5 finale (i.e. a look at Big A's face), but we did learn a lot during "Welcome To The Dollhouse." First off, in addition to being Big A, Charles DiLaurentis is Jason's twin. That's right, while we were all looking for a twin connection from any of the Liars, it was Jason all along who had a secret sibling. And while this technically answers one big question — who is A? — it raises a million more. One of the biggest is if Charles killed Bethany Young and/or attacked Alison the night she went missing.

Season 4's finale revealed that Jessica DiLaurentis saw who hit Ali with a rock, fans deduced that whoever did it must very close ties to the DiLaurentis family. I mean, Mrs. D buried her own daughter alive (though in her defense, she thought Ali was already dead) to protect this person. Who else would she do that for besides another one of her own children? Of course, we all know that Mrs. Grunwald came along and pulled Ali out of her grave, setting off the chain of events that would lead to the basis of PLL,somehow, that very night, someone killed Bethany Young in almost the very same spot. Was it Charles?

At this point, it's safe to assume that Charles hit Alison with the rock, prompting Mrs. DiLaurentis to cover it up. But that doesn't mean he also hit Bethany with the shovel, leaving her for Melissa Hastings to find and bury alive (once again, she thought the unconscious blonde girl was already dead). Unless Bethany also has a connection to the DiLaurentis family, why would Charles want to kill her? And if he did, does that mean he also lured Bethany out of Radley and somehow got her to wear the exact same outfit as Alison, making the mistaken identity possible?

If Charles did kill Bethany, I think there's only explanation: confusion. From what we've seen of A, they clearly have mental issues. Maybe Charles returned to the DiLaurentis house that night, or never left, and saw who he thought was Alison, the girl he just killed, walking around. Maybe he became disoriented, wondering how she could be standing right there when he just hit her with that rock, and hit her again, this time with a shovel, to cover up his earlier crime.

"Welcome To The Dollhouse" may have (sort of) revealed A's identity, and Alison may have told us the story of the night she died in "A Is for Answers," but we're going to need another episode that ties these two threads together. Charles is definitely a killer, the only question is, of how many people?