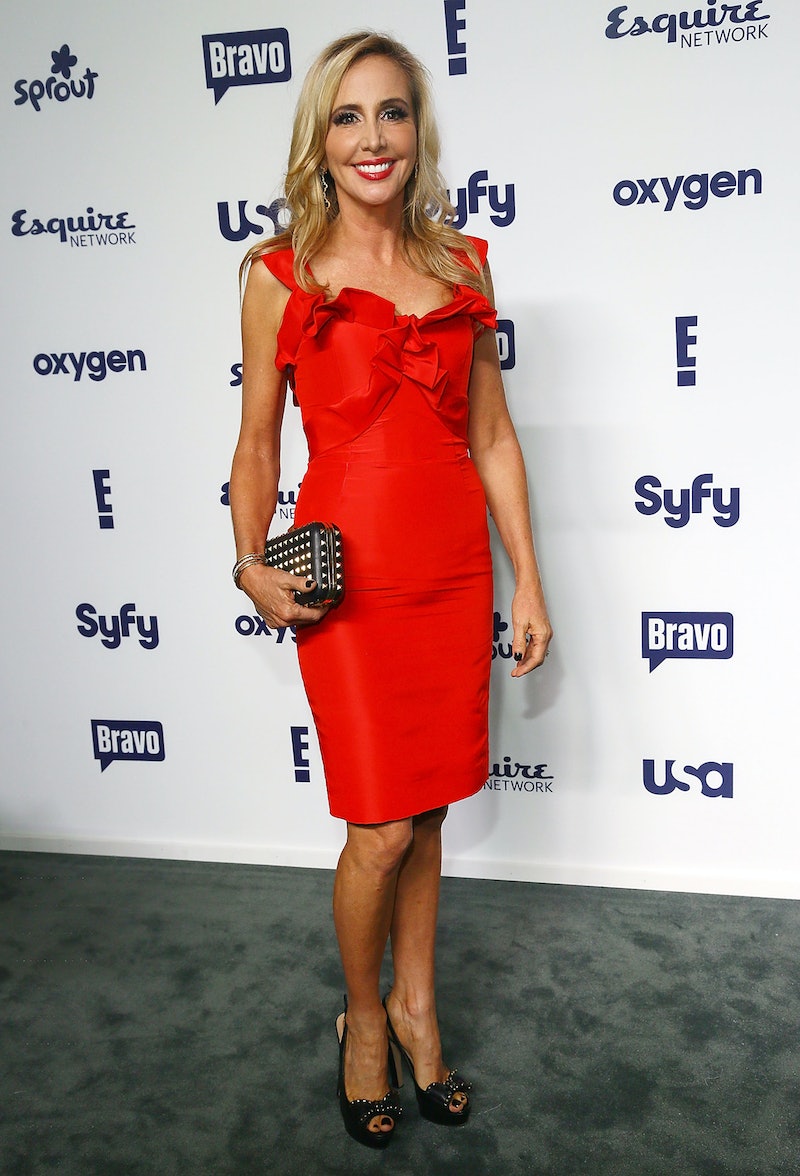 I have always been Team Shannon in the last year of Real Housewives of Orange County . I thought Season 9 was unfairly cruel to her; the other housewives were so hard on her. But I'm going to have to take a second to tell it like it is, just like Shannon would want. On RHOC , Shannon and Meghan faced a speed bump in their friendship when they feuded about an unsolicited phone call Shannon received from Meghan. In the grand scheme of things, this "feud" will not make or break the season, but theres a lot to be said over phonegate.

It all started in Orange County, when a flashback clip was shown of Meghan calling her costar Shannon for some advice about hosting a party that she would be hosting this year. Shannon told Meghan that she had no idea what party Meghan was calling about and then proceeds to ask "Who is this?" Asking "Who is this?" is a pretty innocent question, but at the same time, it's not. It's loaded. It's bold.

I don't think there was any ill-intention by asking who was calling her, but nonetheless, it was pretty awkward. I mean, you are on a TV show with seven other women, just remember their names!

It seemed to be water under the bridge once the women were in Napa for Heather's "method champenoise" party. Shannon and Meghan even went to the bathroom together, and that's truly the extension of an olive branch, right? Very, very wrong.

Because this is Real Housewives, everything issue has to be rehashed 10 times before it is laid to rest, which is why Meghan approached Shannon about the phone call. According to Shannon, she didn't know who the phone number was, so she was short with Meghan. Once she realized it was Meghan, she was "offended" that someone would give her very private phone number out to someone. Shannon seemed to be missing the point that Meghan was really just calling to get some advice. It was harmless. Instead of just apologizing, or dropping it, things escalated and ended with Shannon yelling "I start charities," which seems to be unrelated, but related in Shannon's mind.

So what is going to happen to Meghan and Shannon's friendship? I'm hoping that these two can get over this quickly, just because the fight is stupid. It's about a phone call. Was it cool of Shannon to not know who she was talking to? No, it wasn't. But it isn't worth spending the entire season arguing over, either.