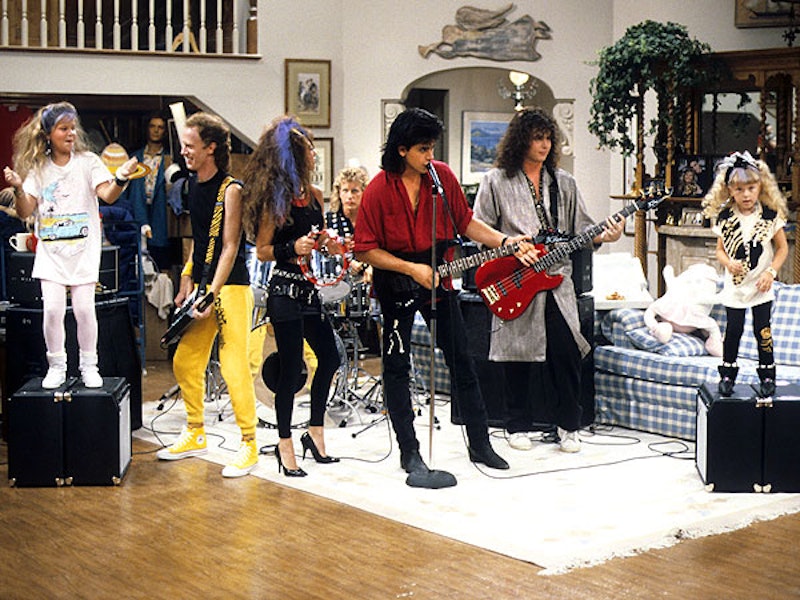 With the Full House spin-off drawing closer, one of the main things I'm looking forward to is the reunion with the cast. Over the course of eight seasons, the show gave us some iconic characters like, the OCD dad Danny Tanner and the funny best friend Joey, but, of all the grown ups, no one was cooler than Uncle Jesse. Not only was he a total rockstar with looks like Elvis Presley, he also had his own band — Jesse and the Rippers.

However fictional the band may be, they proved that are very real in our hearts when Jesse and the Rippers reunited on Late Night with Jimmy Fallon back in 2013. Let's just say that fans with crazy with Jesse fever and nostalgia. And, if that's any indication of what we can expect to feel from Fuller House come January, Jesse needs to get the band back in for rehearsal pronto.

So what exactly is it that gives the band its star quality? Is it their music, their lead singer, or a combination of both? As you relive what was one of the greatest music sensations to come out of a '90s family sitcom, let's break down what exactly makes up Jesse and the Rippers.

But first, let's get a look at them doing their thing:

Now break it down: