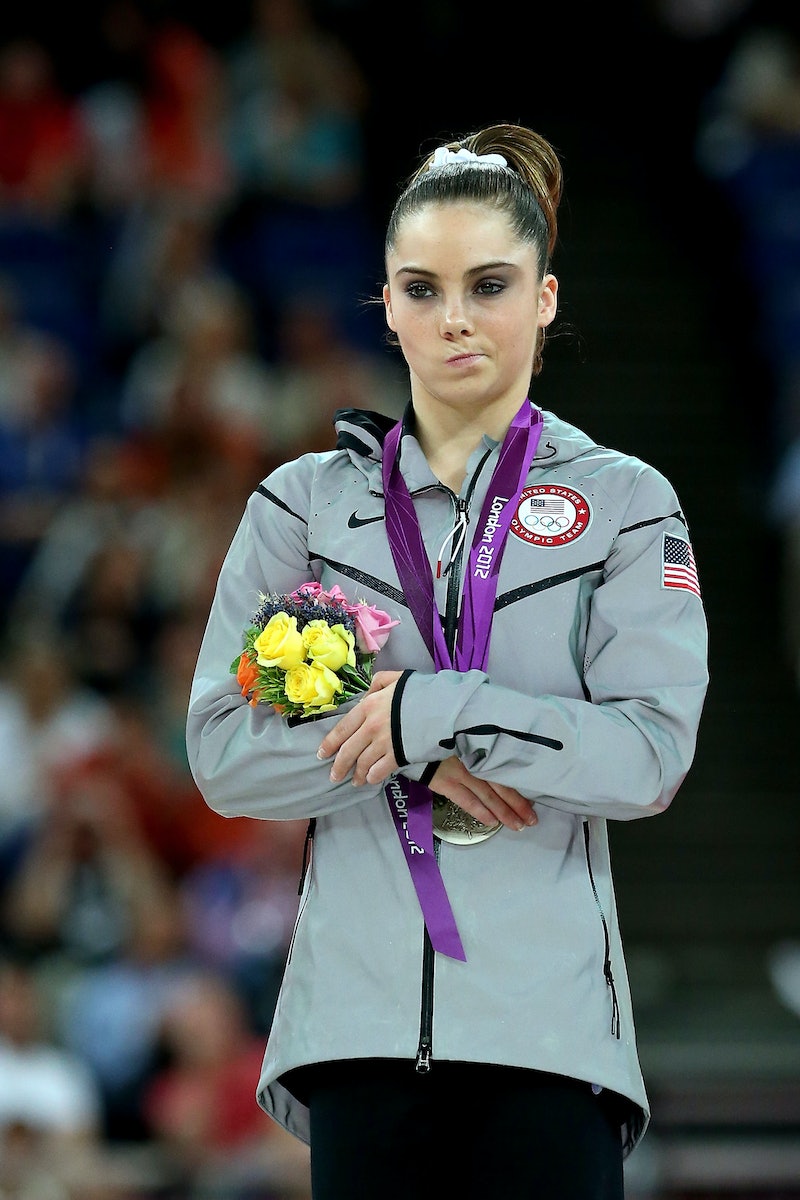 This NBA star is coming to a channel near you. Dwayne Wade has sold the comedy, "Three the Hard Way" to FOX, based on his life as a single dad. He's not the first basketball player to make the leap from the 3-point line to the TV. Shaquille O'Neal, Wade's former teammate, also has a show called "Upload with Shaquille O'Neal" where he comments on the week's hottest viral videos and pop culture stories. Even Kris Humphries got some air time back in the days when he married Kim Kardashian for 37 seconds.

But it's not just NBA stars who've jumped from sports to television. Ryan Lochte had a reality show, albeit it was cancelled before it really got off the ground, because his brand of stupid ended up not being as marketable as E! needed it to be.

So Wade isn't breaking any new ground when it comes to athletes in television, but we'd like to break some ground and suggest that they give some female athletes TV shows, because (literally) strong, confident, and entertaining women are exactly what our networks need more of. Here are 8 women I'd like to see get their own shows.

Yes, we know her for her "not impressed" face, but what I'm impressed with is that at the age of 16 she was mocked by the world, and instead of throwing a fit about it, she embraced it and laughed along. That kind of poise coupled with her snappy, sarcastic sense of humor makes for great entertainment. Plus if she had a show, the rest of the Fierce Five like Gabby Douglas and Aly Raisman could drop by occasionally and those girls are a riot when they all get together.

These power-house sisters had a brief reality show stint in 2005, but we want them back! They're not afraid to be competitive with each other, but they are also really close, and they'd be an excellent example that women can be fierce and friendly. Plus, it'd be a good "in your face" for Kenan Thompson who thinks women of color "never ... are ready" for the TV spotlight.

You can watch part of their old reality show here:

This girl won the internet's heart with her warmup routine. There's got to be more fun and pizazz where that came from and I want to see it.

She's regarded as one of the top goalkeepers in the world and her passion and drive are remarkable. "I have a fighter in me... and I don't have to pretend to be anything other than who I am," she says. It's women like Solo that inspire young girls to be confident in their own abilities.

This girl is the face of the WNBA right now due to her talent and positive personality. She's the only two-time winner of USA Today's Player of the Year award, and she can literally dunk a basketball, which is what guys are always saying is missing in women's basketball. Well, not anymore.

She holds the record for the most international goals of any player, female or male. She's a general BAMF, which is why she needs her own TV show, to inspire a new generation of women to never apologize for wanting to win.

She won the Women's US Open at the age of 13. What were you doing at 13? I was just worrying about acne and boys (in that order). I certainly wasn't off winning sporting competitions. Now she's the ambassador for the 2014 Youth Olympics, and is helping inspire the next generation of golfers.

Most of us wouldn't even try surfing in the first place, let alone after having our arm bitten off by a shark, but Hamilton let nothing stand in the way of her passion. "I started surfing about three weeks after," she says of the injury. "I love it too much to stop."

The bottom line is that these women are funny, powerful, inspiring, and good at what they do and that should be celebrated. Not that Dwayne Wade doesn't deserve his comedy show, I just think he could use a little competition in the ratings, and I know for a fact that these women would bring it.