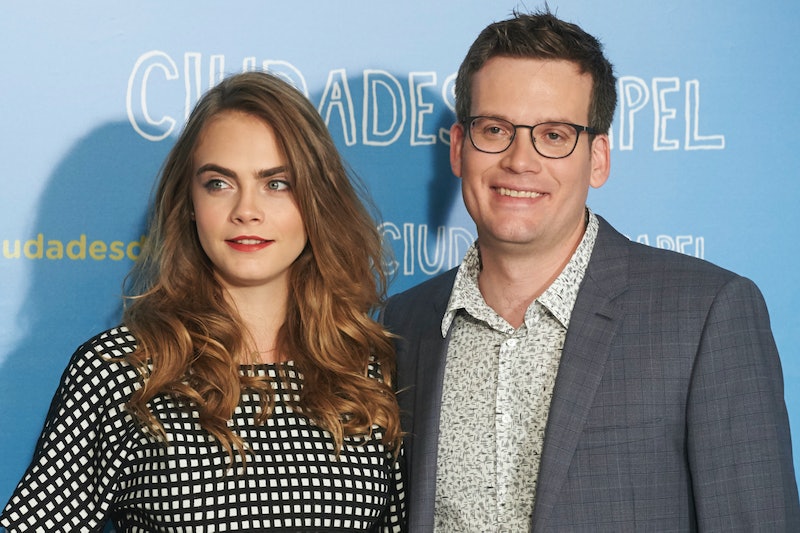 Alaska Young. Hazel Grace Lancaster. Margo Roth Spiegelman. You. Yes, your name can appear as a character in John Green's next YA novel, assuming you have deep enough pockets. A new CharityBuzz page offering donations to the PEN/Faulkner Foundation gives you the chance to bid on an opportunity to have a character named after you (or, if you're feeling generous, friendly, or romantic, after someone you love) in Green's break-the-Internet-level anticipated upcoming follow-up to The Fault In Our Stars — you've probably heard of it.

And for those of you generous people donating, my full name is Caitlin Elizabeth White. Caitlin with a "C" and two "i"s.

Green says on his page that he can't promise who you will be in the book (though he probably wouldn't set you up for hate mail by being the villain), but you will be a character. And bonus: You get an autographed copy when the book is published. And um, John? When will that be again? We're dying here.

Just think, too: With all the John Green movie adaptations out there and in the works — The Fault In Our Stars, July's Paper Towns , the "in development" Looking for Alaska , and the recently announced Christmas collaboration Let It Snow — maybe you will even hear your name on the big screen, if everything goes according to history. I've always wanted Emma Stone to play me.

The current bid is at $1,000 and there's only one bid on the table. Don't allow this to happen. No one should win because of a lack of competition. Support the worthy nonprofit literary organization — put more writers in schools and, hey, maybe reward some more female authors — and throw your name into the John Green ring. At this time next year (fingers crossed) we could all be weeping over your star-crossed, identity-finding romance with an Augustus Waters-type.

More like this
10 Must-Read New Books Out This Week
By K.W. Colyard
The 20 Best Audiobooks To Fall Asleep To
By Aoife Hanna and K.W. Colyard
'The Essex Serpent' Book Ending Is Quite Complicated
By Rachel Mantock
Candice Carty-Williams’ 'People Person' Tackles Daddy Issues With Warmth
By Sam Rogers
Get Even More From Bustle — Sign Up For The Newsletter