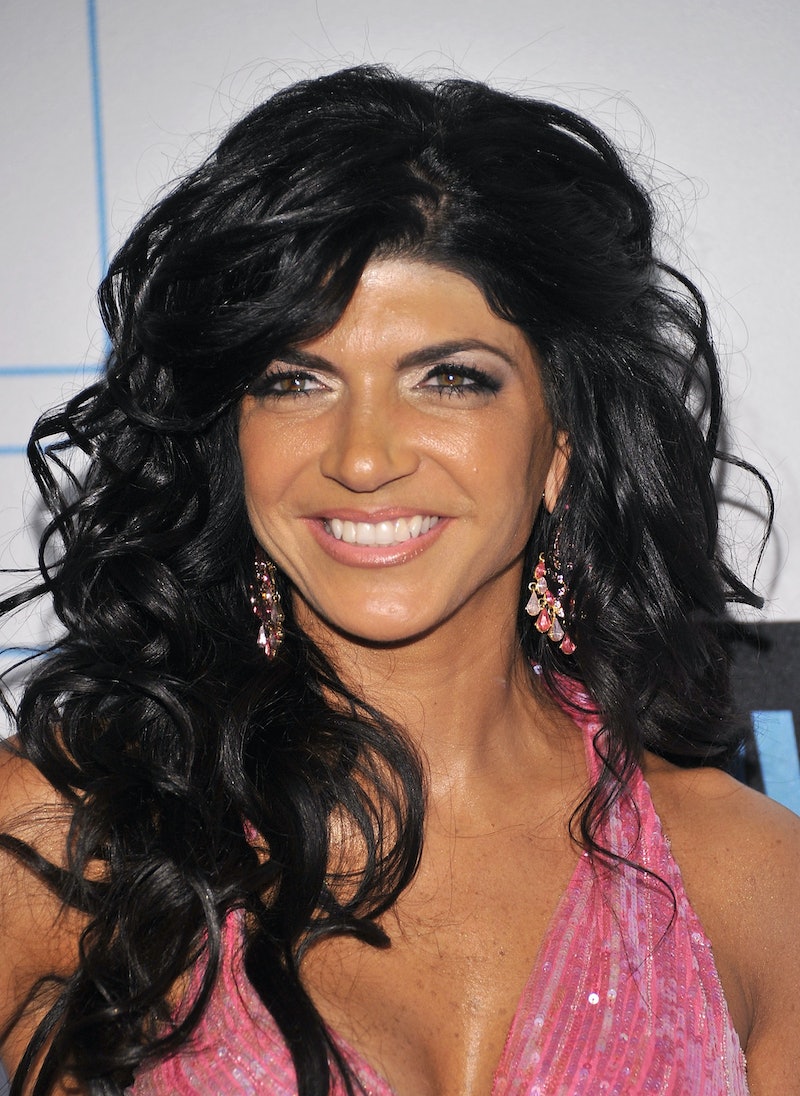 It feels like the Real Housewives of New Jersey star is more present in my life than ever. Teresa Giudice has been in prison since January 5, 2015, but she is still making headlines all the time. Even though the reality TV star has been in jail, she is the most relevant member of RHONJ — by far. All of us loyal fans can't help but wonder if Bravo is going to carry on filming without the infamous table flipper. There's no way they would do that, right? I just can't imagine the show without her. So, if she does continue with the show, will Teresa Giudice's prison sentence be on Real Housewives of New Jersey Season 7?

I'm hoping for answers and praying that the show does not exclude my girl Tre from the upcoming season. I know that Bravo cannot actually film Teresa in prison, but I need to know if they are going to film with her family before and after the reality star's release.

The sad news is that I have not seen or heard anything definite about the plans for filming the next season of RHONJ. But there has definitely been quite a bit of speculation. The blog Real Mr. Housewife confirmed this "insider information" about the upcoming season: "There have been no decisions. There is no finalized cast, there is no official start date for taping, and that is that." So that is not exactly helpful. At all.

Nevertheless, a report from Radar Online claims that Bravo has actually delayed production to make sure that the latest season will include our girl Teresa. The post included this quote that should make TreHuggers (yes, Teresa's fans have their own moniker) pretty happy:

None of the cast members of RHONJ have signed contracts for next season. But there isn’t anything to be concerned about because filming has been pushed from the summer and won’t be beginning until late September, early October … Without Teresa there just isn’t a lot going on with the women. With her on board, cameras would film Joe’s final days with the family as he prepares to begin his 41 month prison sentence.

"Without Teresa there just isn't a lot going on with the women." I've never read truer words.

Based on the reports so far, it sounds like Teresa won't be shown in prison on the show, if she does make the cast and a seventh season is produced. But if she is included, her post-prison life and the transition to Joe going to prison may be filmed.

Teresa is the only cast member who has been on every episode of The Real Housewives of New Jersey, so it would be pretty shocking if she wasn't included in Season 7. Love her or hate her, we all know that she has a pretty captivating presence. Plus, we all want to see how she has changed as a result of her prison stint. Is she newly enlightened? Is she the same old Tre? We all need answers and I think it's a safe bet to assume that our girl will be back on television as soon as she can be.