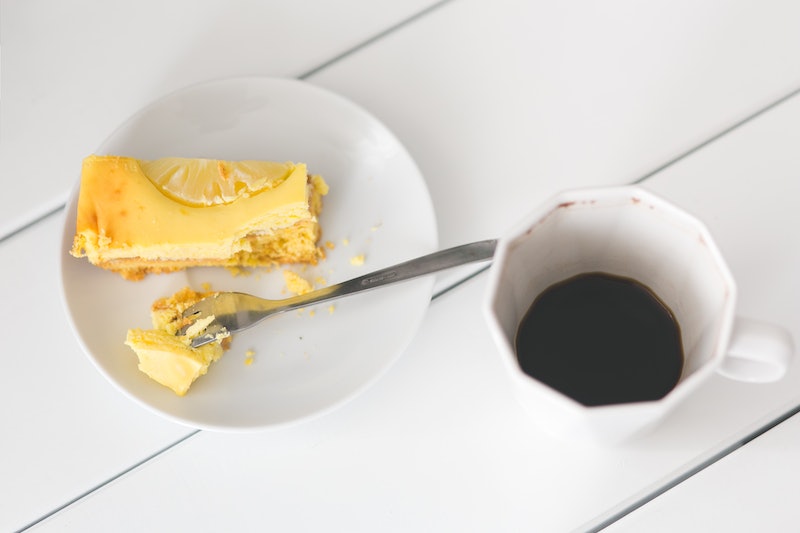 Sugar seems to be a mostly universal treat. Drooling is a normal response to the mention of Dunkin' Donuts Chips Ahoy donuts, an idyllic union of sweet stuff sure to breed an instant spike of happiness, energy, and possibly cavities. So when your response to such a stimuli is neutral, everyone panics. Confession: I do not have a sweet tooth. If it's a decision between sweet and savory, I pick savory every time. As such, I feel compelled to speak out on some things people who don't like dessert are tired of hearing.

An affinity for desserts is totally a matter of preference. Just as some folks can't wait to bust out out some truly tragic open-toed footwear as soon as temperatures jump even a little, there are folks like me who consider such a decision A Thing We Would Not Do. Neither opinion is correct or better—a sentiment I'd like to echo for everyone who gives me guff when I pass on the cupcakes someone brought into the office on any given day. Lots of people just authentically aren't that into dessert, and it isn't a direct opposition against people who live for cake. It is what it is. Yet defenders of sugar continue to lob questions and comments or way, for whatever reason. Here are some of those we're most sick of hearing:

If that slice of strawberry trifle were instead a slice of Brie, I'd eat the sh*t out of it. It's not about staying away from "bad foods," it's just that I'd much rather the cheese or something salty.

"The dentist must love you."

At least in my case, this doesn't apply. Although I don't pop candies mindlessly while hunched over my laptop, I do stress-clench my jaw, which sometimes causes back molars to crack and become susceptible to cavities. So even though I don't dig sugary snacks that summon teeth damage, we can always find other ways.

It's not really restrain when it's considering a thing you don't really want.

"You must save a lot of calories."

Again, consider the slice of Brie. Or the pile of fries I just ingested.

"Do you have cheat days?"

What does that mean, even? This again insinuates the lack of desserts is deliberate and a sacrifice. It's not. We're just not wild about sweet stuff.

"Don't you ever crave sugar?"

Sometimes, but hardly ever.

"Your coffee must be really boring."

Because it tastes like actual coffee when we skip the standard six stevia packets? Naw.

"You're probably into this sea salt in desserts trend."

It's certainly a welcome twist, but frankly, I'd still rather the sea salt on my popcorn than in a stack of marshmallow ice-cream.

Margaritas are different and remain holy. I mean, salted rim and all, y'all. But since you brought it up, yeah, I'd probably prefer a michelada, TBH.

"Wow. You must be judging me so hard for my donut thing."

The fact that you greatly enjoy copious amounts of powdered sugar and maple syrup on your short stack actually has zero impact on me and my life. Do you, bb. Just don't give me crap when that isn't me also.

"So you're a pretty serious person?"

Serious about keeping butter in my apartment at all times, damn straight.