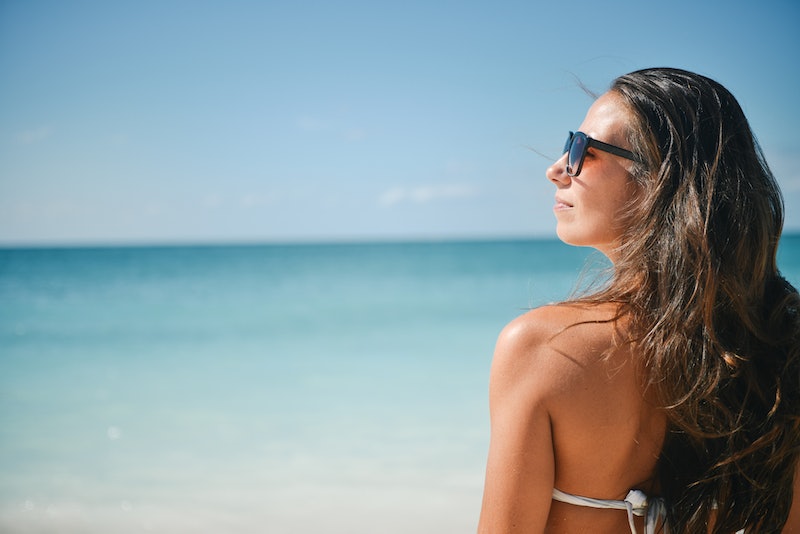 I've been a Cancer since the day I was born, and I'm guessing if you're here, you were too. I'm still not sure if being a Cancer is a testament to the influence of the stars on our personalities or the fact that our parents just really felt like getting it on the autumn before we were birthed, but we're here now, and we're living our truth—and that truth is that there are some struggles of being a Cancer that no other sign understands. And don't you DARE tell me I'm wrong, or apparently I'll start to cry. Sensitivity is one of the many #blessed traits of Cancers, which also include stubbornness, moodiness, and defensiveness—huzzah!

In the interest of full disclosure, I did possess one of those horoscope apps on my phone for awhile. I was in that murky about-to-graduate-from-college phase that funneled into an oh-good-god-I-have-no-prospects phase, so yeah, I was consulting the stars in between frantically mass e-mailing out my resume and writing seventy bajillion cover letters. I needed guidance. What I got instead was a whole lot of perspective on just how convoluted the Cancer brand actually is. Life is rough for us summer babies, and arguably more so for the Cancers among us. Here are all the struggles only Cancers understand:

You love traveling, but also get homesick like whoa

So basically you spend eight hours a week on Groupon's travel section plotting all the vacations to Ireland and China and South Africa that you can't afford, and then end up road tripping to a beach instead.

Literally nobody on earth cares about your birthday

Cancer territory is prime summer vacation time, and your birthday, incidentally, is not as sick as all those pretty fishes and alcoholic drinks your BFF is Instagramming from Bermuda.

OK, maybe Leos have it worse. But WE'VE GOT THE FLOOR RIGHT NOW, K? And seriously, by the time we turned 21, everyone was fully partied out and had no interest in getting sloshed with us.

You are an expert at misinterpreting people's gestures

For instance, if you ask someone a question and they didn't hear you, you immediately assume they hate you. Also you are dead inside for approximately a week.

You have no tolerance for emotional displays, but you also have SO. MANY. FEELINGS.

Cancers have this unique mix of cynicism and sentimentality. We hate emotional people, but we are emotional people, so we usually just bottle it up and then randomly cry between flashbacks while marathon-ing Orange Is The New Black alone in the dark on a Friday night.

Can we not just be wildly famous and universally respected for thinking about doing something impressive? Do we really have to go out and actually do it? Ugh.

You’re an extrovert who hates people

All associations people make with your astrological sign are gross

"Huh, a life-threatening disease paired with a life-inconveniencing STD. Let's do it!" - Some astrologer who hates Cancers.

You don’t just wear your heart on your sleeve, but every piece of clothing you own, and also it is tattooed to your face

If we're upset or excited about something, we can keep it a secret for oh, say, five seconds. Six, max. Incidentally, we are piss poor liars.

You will agonize over purchases for days

Cancers are also famously indecisive, which is why you have had the exact same three pack of underwear in your Amazon cart for a year and why you'll probably eventually be murdered by someone in line behind you at Chipotle.

You can never pull an Elsa and “Let It Go”

We hold grudges like nobody's business, particularly when someone has wronged a friend or family member. While other people are counting sheep, we're thinking up half a million snappy comebacks we wished we had said five hours before.

Petition to boycott America until cupcakes are a breakfast food.

People are always mistaking your for a goody two shoes

An easy mistake to make, since we never go out and we're constantly doing people favors. But the truth is we're just lazy and desperate for approval. Surprise!!!!!!!!

You follow your heart way more often than your head

There are no awards for mastering the art of passive aggression

We're passive aggressive ninjas. Our aggression is so passive that people don't even realize it's happening. People will just feel vaguely agress-ed and never know why.

It's exhausting being this awesome

I mean, come on. Being kind, patient, loving, accepting, tenacious, strong-willed, and good-looking? Any ordinary mortal would buckle under the pressure, but we've got this on lock, bless our crabby little hearts.