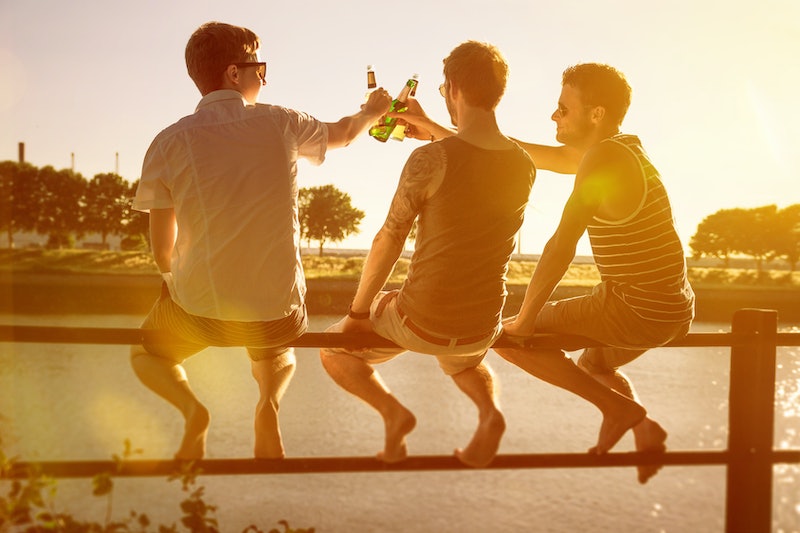 You know how Justice Potter Stewart once said about obscenity: "I know it when I see it"? That's exactly the deal with fuccbois (perhaps more commonly know as "fuckboys"). If you've been on the Internet in the last year, or been around Millennials at all, then you've probably heard the term — but what does "fuckboy" mean, exactly? If you've never experienced the absolute joy that is dating a fuckboy (in that dating a fuckboy is definitely not a joy)... well, let's just say it's easy to see how you'd be confused. Luckily for you all, I've dated enough fuckboys for all of us, so please sit back an allow me to be your guide through the world of fuckboydom. Warning: Strong language ahead. Because, well... we are talking about fuckboys here, aren't we?

Let's start with a basic definition. According to the Urban Dictionary, a "fuckboy" may be defined as, "A manipulating dick who does whatever it takes to benefit him, regardless of who he screws over. They will screw over anyone and everyone as long they get what they want." Another definition identifies those with the title as "the lowest possible form of the vile, degenerate waste pouring from the proverbial asshole of society." Alternate spellings include "fuccboi" and "f boy" — and yes, "fuccboi" is ridiculous.

So: How do you spot a fuckboy? Based on my own personal experience, I've been able to draw together a description of exactly the kind of behavior that marks someone as a fuckboy. Are you ready for this? Brace yourselves — the future may depend on being able to spot these creatures at 100 yards.

Fuckboys are those dudes you dated in college or in your 20s that didn't have their shit together at all, but thought there was something endearing about that. They're the kind of guys who try valiantly to get you hammered because that's their most effective method of getting laid. A fuckboy begs you for naked pics. A fuckboy's favorite book is either Catcher in the Rye or The Great Gatsby, because he hasn't read anything since high school. A fuckboy uses "your" instead of "you're" and "to" instead of "too." A fuckboy sends you daily Snapchats from the gym where he's pointing to his abs. A fuckboy overuses the expression, "wants the D." A fuckboy has his frat's letters branded on his ass. A fuckboy says he is "socially liberal but fiscally conservative," but doesn't really know what that means. A fuckboy will tell you he's not into Obamacare, but totally supports the Affordable Care Act.

Oh, and the dude who says he can't get off while wearing a condom? Definitely a fuckboy.

Fuckboys come in all shapes and sizes, but the overwhelming similarity amongst them all is a complete lack of awareness for the way they come across to others. Seriously: I have never met a fuckboy who's able to admit he's a fuckboy.