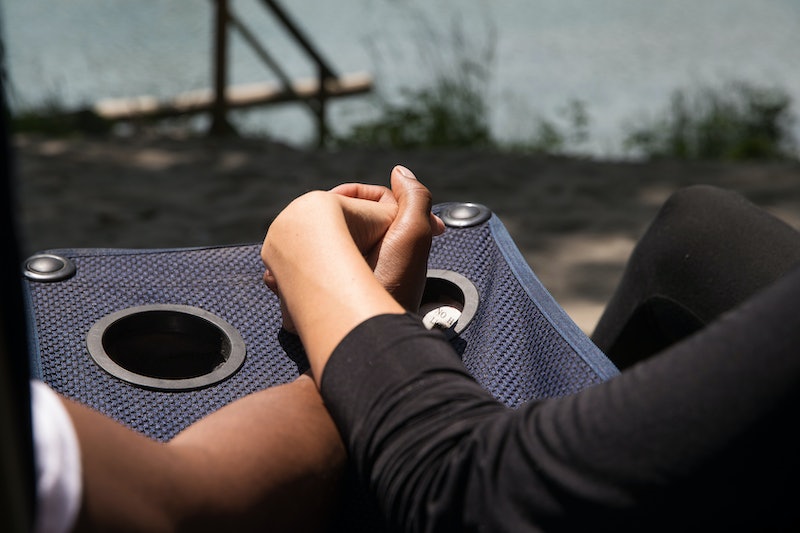 Yesterday our news feeds were absolutely filled with love, so let's keep those warm and fuzzy feelings going with a teenage love story that's heart-melting, in the best possible way: 16-year-old Amie Cresswell married her boyfriend three days before he died, fulfilling his dying wish. In related news, somebody had better call up Nicholas Sparks and Shailene Woodley because this sounds like the plot of the next smash-hit romantic movie. I'd go see that movie, just saying.

Cresswell met Omar Al Shaikh eight months ago at Four Dwellings Academy in Birmingham, where they went to high school. They became close and eventually started dating and fell in love — you know, classic teenager stuff. What makes their story different is that Omar had been diagnosed with acute myeloid leukemia — a type of cancer that affected almost 19,000 Americans last year — but was in remission when he and Amie started dating. But then, the cancer came back, and although Omar and his parents searched desperately for a stem cell donor, by the time they found one doctors said it was too late. Omar's final wish was to marry his high school sweetheart, so he and Amie tied the knot three days before Omar died.

Omar proposed in the hospital (using a flower as a ring), and the two got married at a bedside ceremony, surrounded by loved ones. Three days later, he passed away, holding Amie's hand.

Omar's parents are obviously feeling the loss of their son, but are grateful to have gained a new daughter-in-law in the process. And while Amie regrets that she never got to grow old with her husband, she said, "I'm so glad we had the chance to make this happy memory."

I'm not sure which part I'm in more disbelief about: that this story actually happened (because seriously, is this not the plot of a young adult novel?), or that these two teenagers handled this with so much grace. Either way, I'm glad Omar and Amie found happiness together, even if it was short-lived, and my heart goes out to their families.