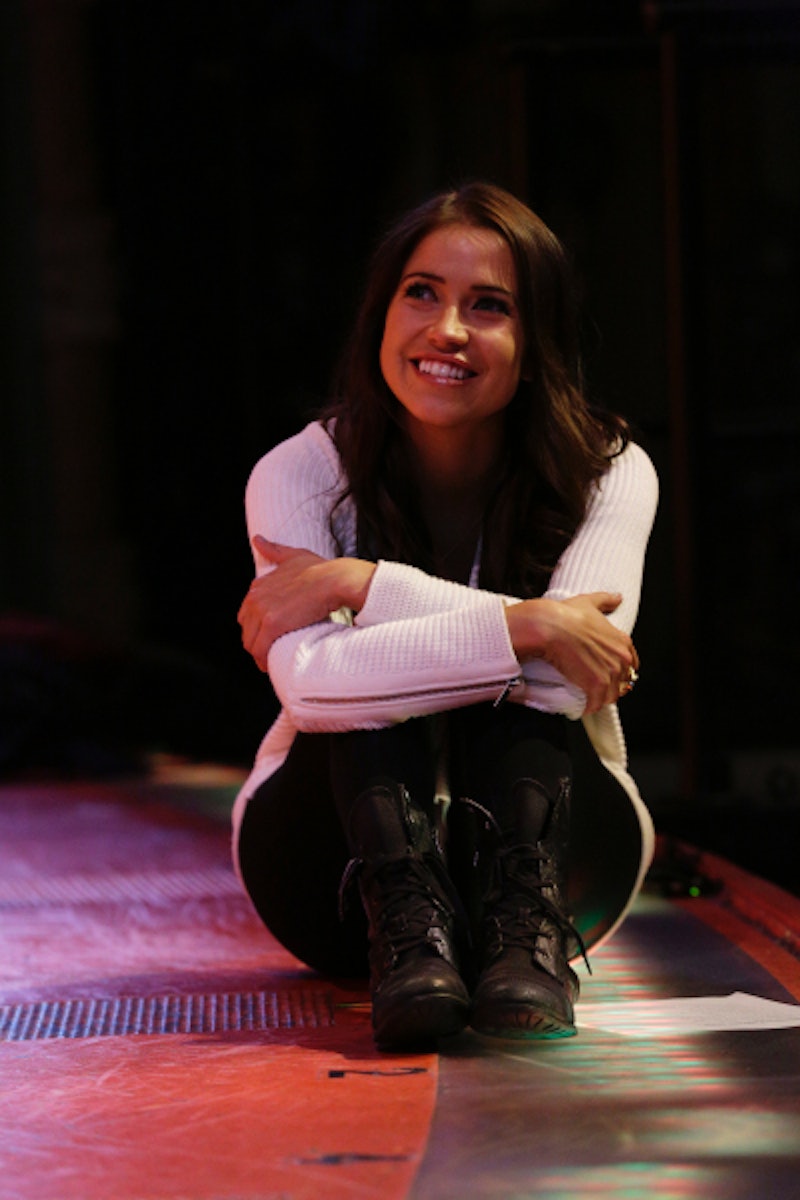 As we saw last week, Bachelorette contestant Shawn B. might have reached his breaking point with the competition. According to him, Kaitlyn went to his room one night and told him, "You're it. You're the one." And, on their one-on-one, he told Kaitlyn he was falling in love with her, and she said she was falling for him, too. But, she left out that elusive L-word, which begs the question: Is the Bachelorette even allowed to say, "I love you"?

After some relatively extensive research, mostly because I always thought that it was against the official Bachelor/ette rules for the Bachelor/ette to drop the L-bomb before handing out the final rose, it seems like there is no official protocol whatsoever.

Which is totally normal, when you think about it, because different Bachelors and Bachelorettes handle the progress of their relationships in different ways. Sure, it's definitely not standard operating procedure for them to tell one of their boyfriends or girlfriends that they love them. I mean, look at Sean Lowe: It certainly seemed like the producers told him he wasn't allowed to confess his love. He said of the experience,

"When you can't say 'I love you,' you have to come up with other things, and apparently the only thing I could come up with is, 'I'm crazy about you.'"

He found so many different ways to say "I love you" that, not only did it seem like he wasn't allowed to say it, but Women's Health Magazine felt the need to do a round-up of his most creative synonyms.

On the other hand, there have been plenty of instances where the Bachelor or Bachelorette has openly professed his love to one of the contestants or to resident love guidance counselor Chris Harrison in confidence. During his fantasy suite date with Emily Maynard, Brad Womack told her, on-camera, how he really felt about her. When Emily let him know, nervously, that she was completely falling in love with him, he responded,

“I didn’t expect that. I’m falling in love with you too. I’m not going to sit here and listen to that and not say anything back. It makes me the happiest guy in the world to hear you say the same thing.”

See? It can happen! But, I will admit, his response does sort of make it seem like he's throwing a big "eff you" at the producers and breaking their "rules." Which, if they even exist, are likely there to keep things more interesting for viewers. If we know the Bachelor/ette loves a contestant, it kind of takes the guesswork out of the finale. Unless something else dramatic happens...

Let's all remember that Desiree Hartsock used the L-word during her season of The Bachelorette. Before the hometown dates rose ceremony, she told Chris Harrison that she loved Brooks and could see a life with him. So, while this wasn't necessarily an outright confession of love to one of the contestants, it was a bit out of the ordinary for Bachelor/ette standards, and that relationship ultimately didn't work out because Brooks left the competition the same week. Which is possibly why the editing team decided to show it; it didn't affect the outcome since she didn't end up with Brooks anyway.

Unfortunately, though, these few occurrences don't really offer up any certainty as to whether or not a Bachelor or Bachelorette can say "I love you." If I had to guess, I'd say it's not a written-in-stone rule, but it's highly recommend that you hold off on saying it, if only to avoid a firestorm from the jilted contestants during Men/Women Tell All.

I will, however, say this of Kaitlyn and Shawn on The Bachelorette this season: Shawn, if Kaitlyn tells you she's falling for you, you have to take her at her word. She's a grown-ass woman, and she knows how she feels. I'm just hoping he can see that before he makes the mistake of walking out on her mid-season, because I think I'd be just heartbroken as Kaitlyn if he did.