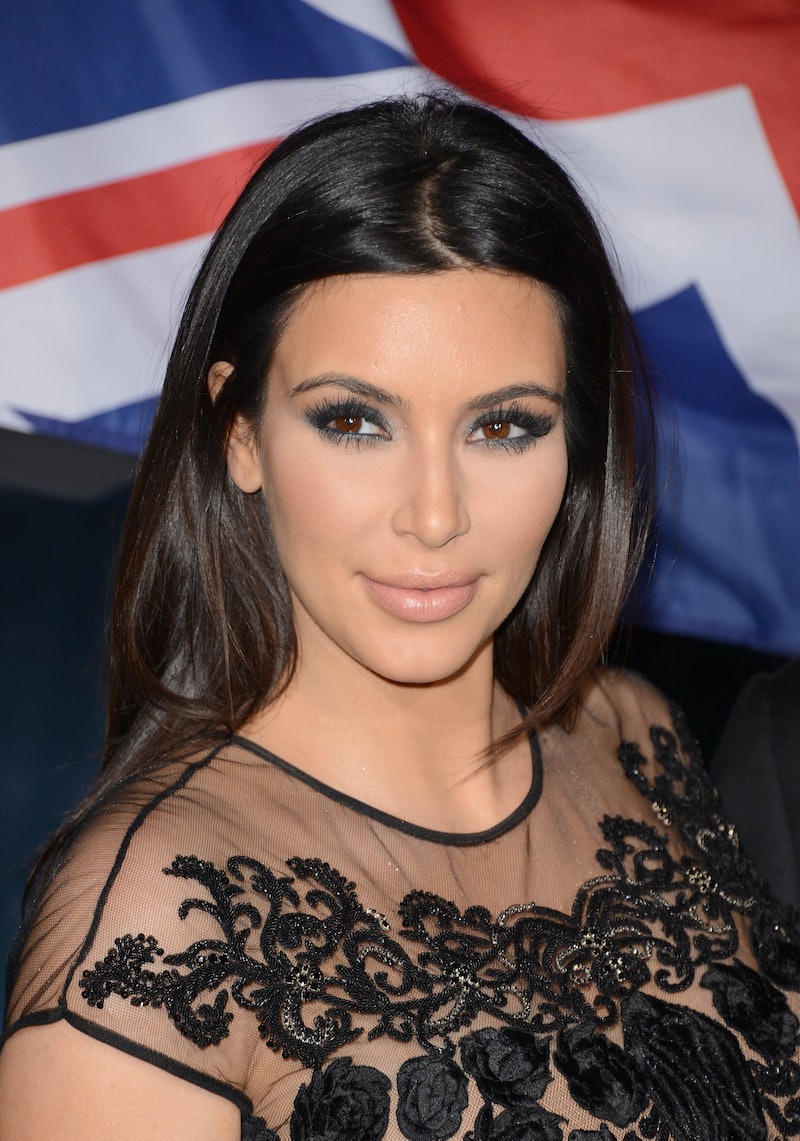 Well, everyone, Kim K has gone and done it again, and by “it” I mean totally changed the way we perceive “maternity fashion,” by being super body positive. Yep, that’s right — Kim Kardashian stepped out nipple-revealing dress that was totally skin tight, and I have nothing but admiration for her.

Allow me to explain. I think that it’s great that Kardashian feels confident enough in her skin to literally show it all off, especially while pregnant. At the same time, I don’t know that I’d try a look like this out for myself. I respect how much she embraces her tatas, because I mean, they’re great. And the fact that she loves her body this much is super inspiring, even if her look isn't your taste.

The black number she’s wearing isn’t super see-through at first glance, but it is definitely revealing under the photographer’s flash. I’m assuming she knew that was the case before she stepped out though. I mean, she had to have known, right? Either way, it’s totally within Kim K's wheelhouse to #FreetheNipple and not be shy about her body. Pregnant or not, bra or no bra, she's totally confident and that's awesome.

This isn’t the first time we’ve seen Kardashian nearly naked (and more), and I’m sure it won’t be the last. Gotta love her for staying true to herself. Check out Kim K's boobilicious look from several angles.

Just a regular day out on the town for Kim K.

Look who's out to say hello!