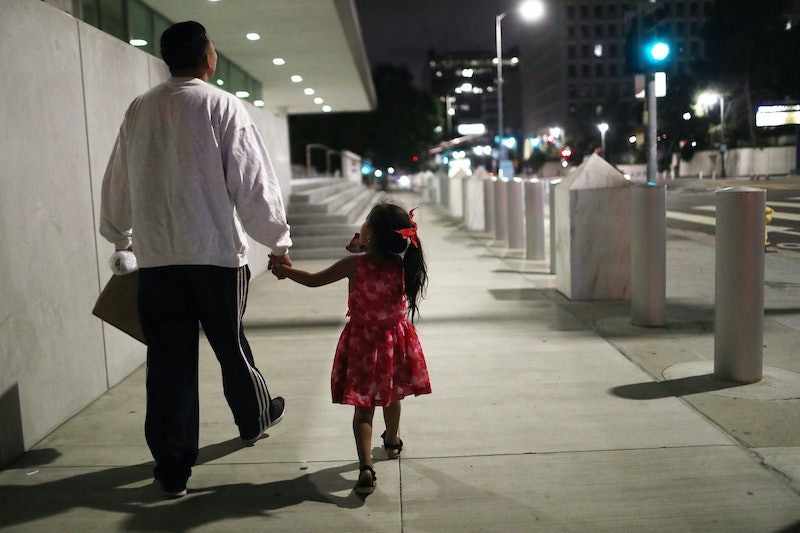 Unfortunately, gender equality has a long way to go in some parts of the world — even beginning right from conception, when girls face sex-selected abortions by parents who prefer sons. But trending Twitter campaign #SelfieWithDaughter aims to raise awareness of the issue, and to feature loving, proud Indian dads who are part of the solution. India has had a troubling "Child Sex Ratio" (CSR) since the 1960s, with only about 918 girls under six years of age existing for every 1,000 little boys. This number is pretty far from what you'd expect without interventions (close to 50/50 girls and boys), and it both reflects and exacerbates the disempowerment that Indian women and girls still face.

More like this
How To Fight For Reproductive Rights, Based On How Much Time You Have
By Courtney Young
The Music Industry Continues To Fail Black Women
By Precious Adesina
The Rarest Baby Names In The U.S., According To The Most Recent Data
By Mia Mercado and Emma Carey
Sarah Everard’s Killer Wayne Couzens Is Appealing His Whole-Life Sentence
By Sophie McEvoy
Get Even More From Bustle — Sign Up For The Newsletter