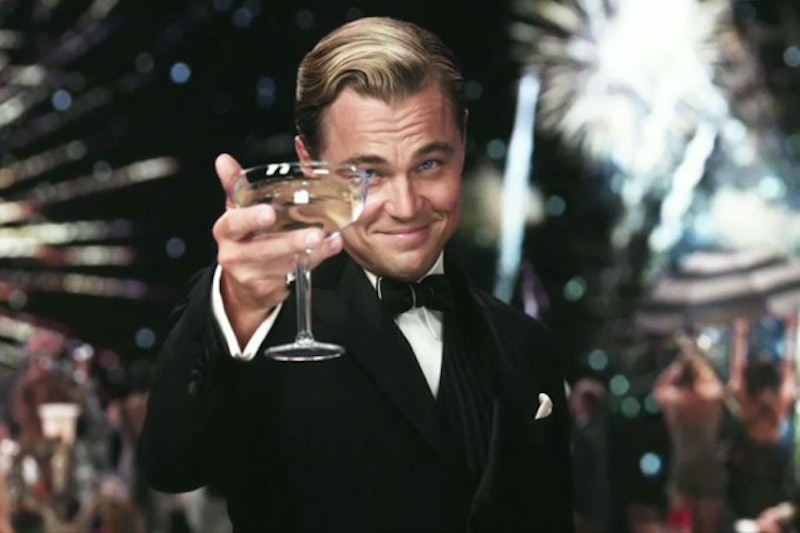 F. Scott Fitzgerald gave us a lot over the course of his life and even beyond, including great literature (obviously), fabulous heroines we seek to emulate, a realistic portrayal of mental illness, and, indirectly, another chance to get a look at Leonardo DiCaprio's crying face. One of the celebrated author's lesser known contributions, however, is his advocacy for the importance of a very special verb — one that you need to start using immediately, if you haven't already. It's so simple that I'm still wondering why I didn't think to use it sooner: to cocktail. Genius.

Fitzgerald recognized how essential this use of the word was, which frankly, isn't surprising, considering how near and dear to him the topic of alcohol was. In a letter to Blanche Knopf, the wife of publisher Alfred A. Knopf, the Great Gatsby author gave the noun-turned-verb its due by conjugating it out for her.

"As ‘cocktail,’ so I gather, has become a verb, it ought to be conjugated at least once," he wrote. He proceeded to list all of its forms, and lucky for us, it's not an irregular verb with tricky conjugations. Nonetheless, Fitzgerald gets really deep into the grammar of it. Gold star if you can rattle off all of these verb forms off the top of your head.

To see the full letter, head over to OpenCulture, and good luck reading his handwriting.