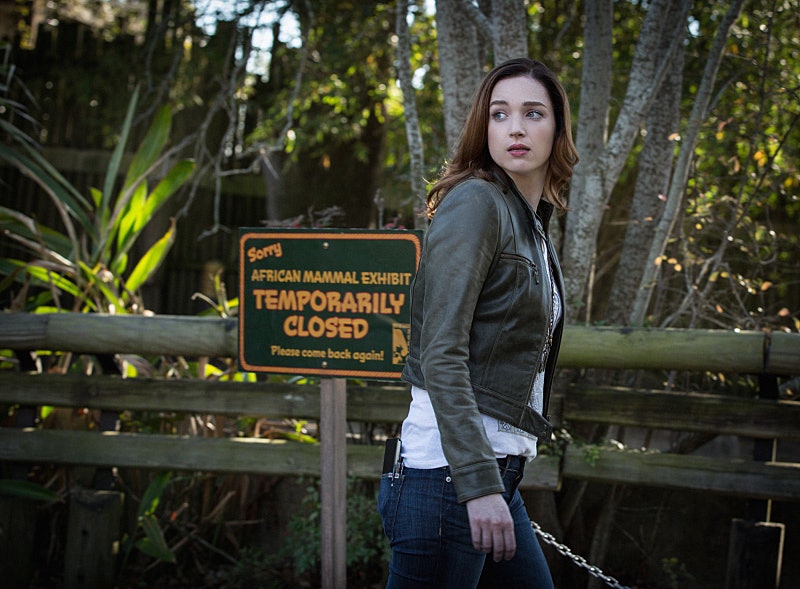 Tuesday night brings about the first episode of CBS' new summer series, Zoo . You like watching cute and cuddly animals on television, right? OK, then this might not be the show for you, since these animals are very far from anything we can label, "adorable." Zoo tells the story about what happens when animals start mass-attacking humans. So, deep breaths, calm down, it's time to find out if Zoo is based on a true story.

Thankfully, it's not. Sorry if that's spoiling the show for you, but no, Zoo is not based off of any sort of insane and crazy animal attack that has happened over the last few decades. It is a complete work of fiction, so you don't have to worry about animals suddenly getting super cognizant, attacking us, and starting world-wide chaos.

But CBS didn't just invent the story; they did pull from another source. Zoo is actually based on a novel of the same name by James Patterson and Michael Ledwidge, published in 2012. And that my friends, too, is a work of fiction. Aspects of it may have been drawn from real life situations, but there is no gigantic, world-wide, instance of animals all turn on us (the humans) at the same time.

Yes, there are actually cases of animals that do attack, but not on the scale presented in Zoo. Since it's summer time, you're probably hearing a lot about shark attacks, since that's what happens when everyone flocks to the beach at the same time. Already this year alone there have been seven recorded shark attacks in the Carolinas, and while that's enough to give you a fear of the water, that's just sharks. That's not, sharks, plus whales, plus dolphins, plus all the dogs you know, and the birds in the trees, and the animals at the zoo attacking. There are times animals attack — but Zoo is a highly exaggerated version of it.

The description of the show bills it as an all-out thriller that captivates the world as the characters try to figure out what's going on. CBS's official description of the show explains it as a "race to unlock the mystery of the pandemic before there’s no place left for people to hide." We would have heard about a pandemic like this if it really happened, everyone. Remain calm.