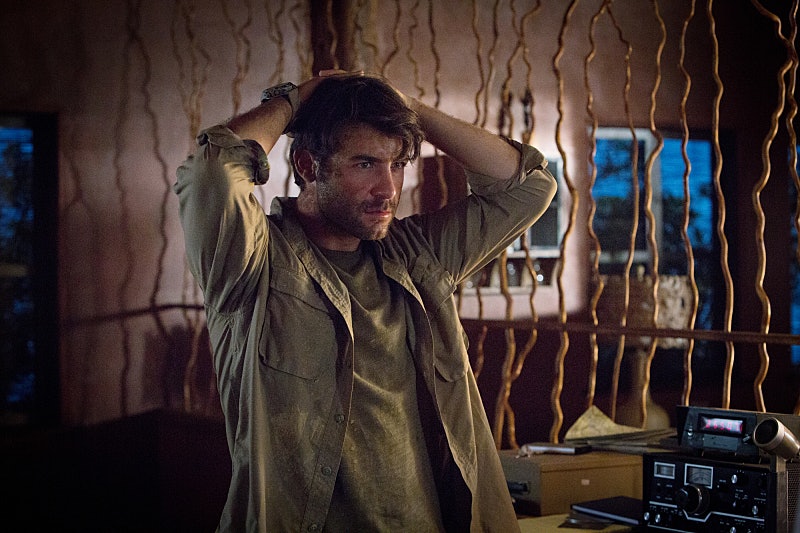 There's a new summer show on CBS, and it's got me looking twice at the animals I see everyday. Zoo on CBS is based on the James Patterson novel of the same name (so we know it will have lots of action and suspense), and it's about a sudden surge of animal-on-human attacks. So far Zoo has only been picked up for 13 episodes, but there always the potential for more if viewers dig the animals-attacking-humans thing. (I'm guessing they will considering how many Jaws sequels there are.)

The show focuses on a zoologist in Africa who notices the trend and begins tracing them back to his father's theories. Also featured is a reporter in Los Angles who is working with a reluctant veterinarian to break the story. Apparently things only get worse from there as the animals get increasingly coordinated in their attacks. Seriously, between this and the super-smart dinosaurs in Jurassic World I may never leave the house again.

Since the series doesn't premiere until June 30, I still don't know what is really causing the crisis, or what animal is leading the charge against mankind, but I have rounded up some of the animals Zoo may focus on and why they make be revolting. Will all of these furry creatures appear on the show to haunt our dreams? I guess we'll have to wait and see.

Because when I think what animal is most likely to ruin my life on any given day, pigeon is always the first fowl to come to mind

This is an obvious one, since lions have been all over the show's promotional materials. Maybe the king of the jungle gets tired of being an exhibit and wants to start being king of the actual world.

Anything that can scare Indiana Jones is a pretty good villain for a show.

Not the pretty pink flamingos! ...Is exactly what they'd want you to think. Perhaps behind their docile nature and beautiful plumage is a diabolical attitude. A world taken over by flamingos would be a strange, but beautiful one.

This one wouldn't even be a surprise. Cats already run the world, and they may just get sick of pretending like they belong to any humans. If the house cats team up with the lions, that zoologist honestly doesn't stand a chance.

Gentle giants, or a stampede waiting to happen? This group of pachyderms could get mad at the constant jabs at their memory and prove that they never forget a betrayal.

Classic case of "don't let a beautifully colored animal fool you." (See: flamingos). These bad boys are smart, evolved and can throw poop like an MLB pitcher. They could easily bring about some destruction.

More like this
Michael & Kathleen Peterson’s House From ‘The Staircase’ Has New Owners
By Kadin Burnett and Kayla Blanton
'Unforgotten's Brand New Character Joins At A Pivotal Moment For S5
By Bustle UK
The Trailer For The 'Game Of Thrones' Prequel 'House Of The Dragon' Is Dark AF
By Grace Wehniainen
'Who Killed Sara?' Won’t Return For Season 4
By Brad Witter
Get Even More From Bustle — Sign Up For The Newsletter