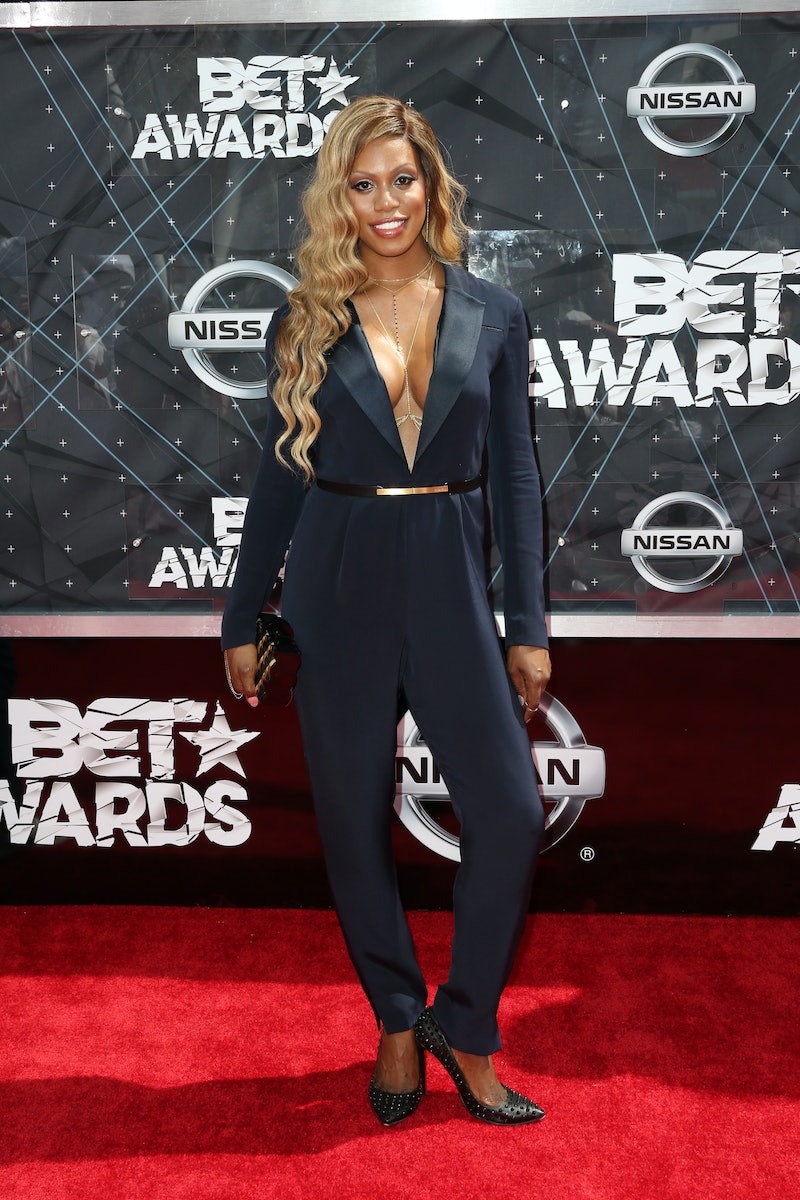 Fashion faux pas or brilliant bit? I think it was the latter when Laverne Cox and Gabrielle Union wore the same dress at the BET Awards while presenting an award together. As the stars of Orange Is The New Black and Being Mary Jane approached the podium, their matching outfits were immediately obvious, because the dresses were stunning. Both actresses wore a long, white, high-necked dress with a gold belt and high slit, and both totally rocked the look. Once they realized that they were wearing identical gowns, they decided the only way to settle things and figure out who could change was with a round of hip hop trivia. The winner? Cox, but I have a feeling neither of them really minded either way.

In fact, the matching outfits seemed to be part of the duo's presentation bit, as they both wore totally different dresses earlier on the red carpet. Still, I'm glad they were willing to wear two different, flawless looks in the span of one night, because it lead to some really great banter at the podium. Their hip hop trivia lasted just two rounds, but was so entertaining. First Union asked Cox who one would run through the six with, and she answered the (admittedly extremely easy) question correctly with "my woes," referencing Drake's already iconic line from "Know Yourself. Watch part of their rapport below.

The next question stumped Union, as Cox asked her what Kendrick Lamar's rap name is — a clever trick question. With that, it was decided that Union had to change, perhaps into the black, sequined, cutout dress she rocked on the red carpet.

Earlier in the night, Cox was wearing a navy blue jumpsuit with a belt and deep V-neck.

It's hard to choose which look was better for either woman, because they looked absolutely gorgeous in both. Maybe someone else can challenge them to another round of trivia, and the loser has to pick a third dress for the night. It'd surely just be as beautiful as the first two. Watch their full bit below.