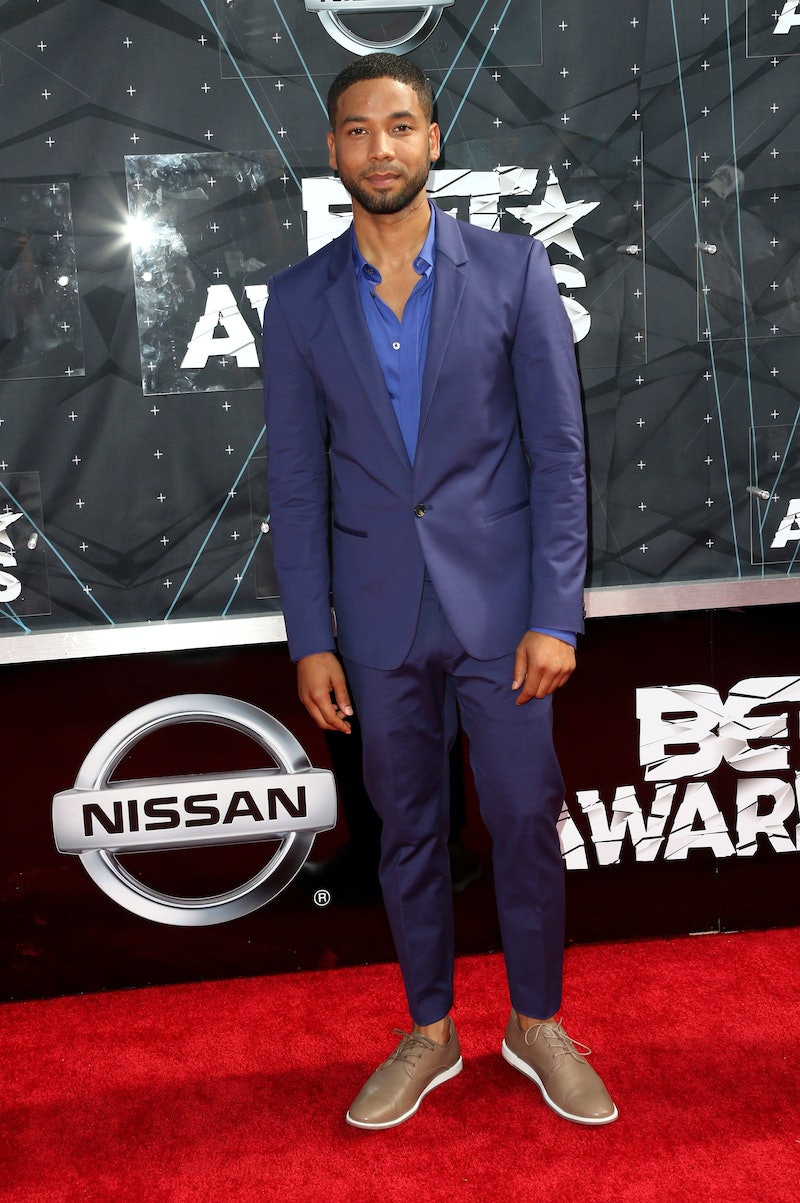 I knew that the Empire performance at the 2015 BET Awards was going to be my favorite moment of the night, but I thought that was just going to be because I really enjoy seeing Jamal and Hakeem Lyon perform with each other — even if it's as their actors, Jussie Smollett and Yazz. However, I got that and so much more on Sunday night, when Smolett made a political statement about the Supreme Court ruling, equality, and race relations in the United States. It wasn't a long speech, but it was a powerful one, and, considering he stopped in the middle of his performance to give it, we need to pay very close attention to the inherent awesomeness of the moment. While performing "You're So Beautiful," the song during which, as every Empire fan knows, Jamal came out to the world on the show, Smollett paused between verses to deliver this statement:

The fact that he then immediately launched into the bridge of the song, "this the kind of song to make a man love a man," was just the icing on the cake. Because Smollett is absolutely correct. While I, like most of the Internet, was euphoric with joy over the Supreme Court's landmark ruling that same-sex marriage is legal in all 50 states, I knew then, just as I knew when Barack Obama was elected President, that this huge step did not mean that the uphill battle was won. Marriage equality still has long strides that need to be taken before it can truly succeed — as evidenced by the fact that that some counties may try to stop issuing marriage licenses entirely in the wake of the ruling — and the eradication of racism in America seems like an impossible dream, even now.

But that one line, that one perfect statement, that "no one is free until we are all free" is a wake-up call. Hell, it's a call to action. America is the land of the free; it's what we advertise ourselves as, it's what immigrants like myself flock to this country believing in. And that freedom is not freedom if it only extends to the some rather than the many. It was a perfect note for Smollett to end his speech on, as everyone, whether gay or straight, whether Caucasian or person of color, whether rich or poor, whether male or female, should be equally free in America. Should be equal. We still a long, long way to go before that can be the reality, but, two days after the historic Supreme Court ruling, we can look forward to the future, so that everyone all over the country can feel the same joy that they felt, for themselves or for their fellow man, on Friday.

After all, as Smollett said at the very end of his performance, it's time that we all "stand for love."