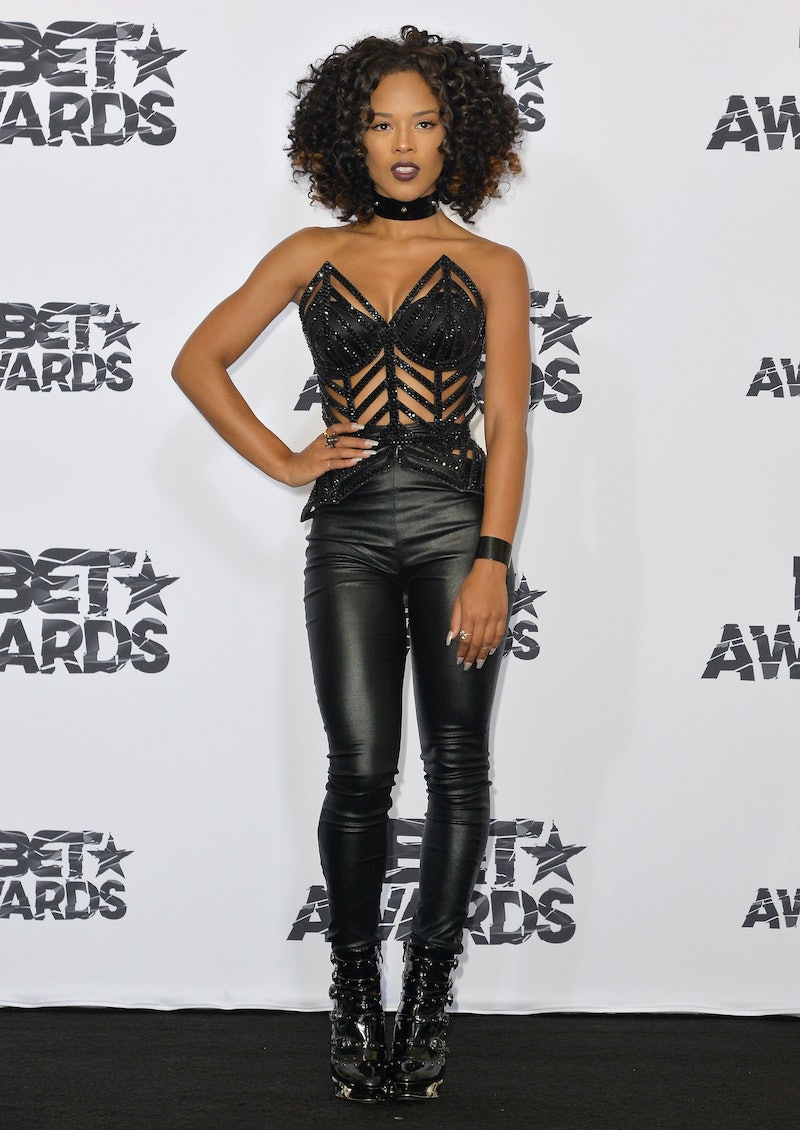 It may have taken about two and a half hours, but wow was the 2015 BET Awards Empire performance worth the wait. Not only did Yazz, Jussie Smollett, and Serayah all take the stage, but they performed a medley of some of the series' greatest songs — and yes, I believe that applies to all three. The Empire stars performed "No Apologies," "Drip Drop," and "You're So Beautiful," effortlessly transitioning from one song to another without missing a beat, and looking amazing every single moment. Serayah really deserves a shoutout, as she nailed the set while wearing a scene-stealing black, sparkly cutout bra-top that may just be one of the best ensembles to grace the BET Awards stage on Sunday night.

But let's go back for a minute. The lead-in to the performance was also excellent, as hosts Anthony Anderson and Tracee Ellis Ross took the stage as Lucious and Cookie Lyon, only to be interrupted to the real actor behind Lucious, Terrence Howard. He said he wanted to introduce his "family," letting his two youngest on-screen sons take the stage, where they proceeded to kill it.

Leading with "No Apologies" was a brilliant move, as it incorporates both Lyons and is one of the songs that most stands out from Empire's first season. As they finished up, Serayah joined them on stage, and began a song I could only have dreamed would make it to the BET Awards set: "Drip Drop." I think this Empire track gets a lot of hate for being a bit silly or raunchy, but it's my one of my personal favorites. Yazz is immensely talented and songs like this that show off his rap ability just serve as a reminder for what a superstar he'll become some day.

The same can be said of Smollett and "You're So Beautiful," which was next up in the performance. This song really let Jamal shine on Empire, and the character used it to publicly come out during Lucious' White Party. Smollett also used the song to send a message at the BET Awards, quickly giving a speech that touched on the recent SCOTUS ruling that bans on same-sex marriage are unconstitutional, but emphasized how many challenges are still ahead. It shows that the talented actor and musician is using his new fame and platforms like these to raise awareness for extremely important issues.

Between Smollett's message and the perfect song selection, I think the Empire performance will be the stand-out moment from this year's jam-packed BET Awards. Check it out below.