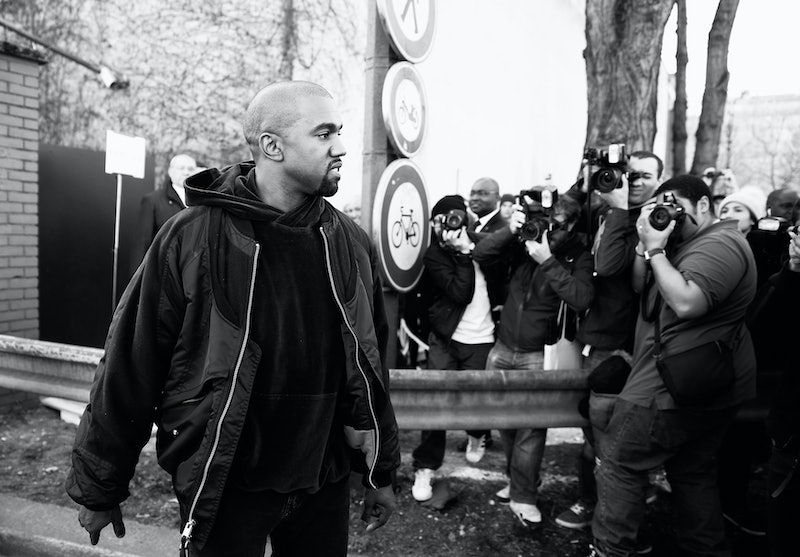 It's no secret that Kanye West is a certified style icon at this point in his career, so his highly anticipated Adidas collection was likely to rack up the sales. But if you were one of the people coveting his new line who hasn't pulled the trigger on purchasing a pair yet, you'll probably be disappointed to hear that his Yeezy 350 Boost Sneakers are already sold out worldwide. On June 27th, Adidas announced that the sneakers were live online in Europe, Canada and the US, and unfortunately, they were all gone within the same day. Normally I would suggest hitting up eBay to splurge on goods sold out in America, but considering the ticket price is already over $800 for some pairs, I would say you might need to sit and wait patiently for this one.

Some of the "rare sizes" (i.e small sizes for men, which can also translate to women sizes) are being priced at over $2,000. I don't know about you, but spending that much money on a pair of even ridiculously stylish sneakers seems a bit exorbitant. Unless you're the type of person to spend hundreds of dollars on Adidas sneakers, then by all means, go for it.

In the meantime, we'll just have to stick to the Kardashian-Jenner clan's sneak peaks of their VIP hook up. Kendall is already rocking them in off duty model style (as she often does with Yeezy apparel), and Kim has been accessorizing her in-flight leggings with a pair. Oh, and apparently Kylie was doing the same.

I have to ask: What does one have to do to become part of the Kardashian clan? Apparently it seems like my only way to get a pair of these sneakers for free, so I might need to put up my ticket for adoption ASAP. Kim, Kanye: If you have an answer, please let me know. I'll be waiting.