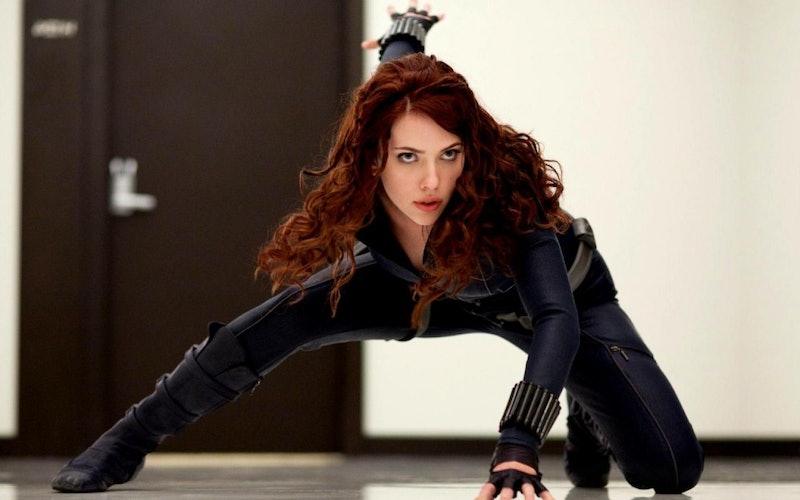 Cara Delevingne may be internationally known as a supermodel, but she's more than the clothes she wears. Aside from modeling for companies such as Burberry and Dolce & Gabbana, over the past few years Delevingne has also immersed herself in the world of acting. Out of all the roles she has played though, her most important to date is that of a feminist. In promotion of her high anticipated movie, Suicide Squad, Delevingne said that she sees sexism in superhero movies.

There are only three girls in [Suicide Squad] but in my opinion they have the best roles. Generally though, superhero movies are totally sexist… Female superheroes are normally naked or in bikinis. No-one would be able to fight like that. Wonder Woman, how the hell does she fight? She would be dead in a minute.

Per usual, Delevingne makes a really good point in terms of gender equality. When it comes to female superheroes such as Wonder Woman and Catwoman, more emphasis is often placed on their outfits rather than their superhero abilities. Just like Delevingne is more than the clothes she wears on the runway, here are seven female superhero characters who so, so much more than just their costumes.

While she is usually depicted by her short skirt and the S logo on her form fitting shirt, her character proves girls can do anything boys can. As Superman's cousin, she shares all the super powers and vulnerabilities of her male counterpart. Even though she left her home and family behind when she escaped Argo City, she eventually finds a new life for herself on earth as a news reporter by day and a crime fighter by night.

As one of the top comic book villains of all time, Catwoman is so much more than her tight black leather suit. Coming out of an abusive relationship, Selina Kyle begins to study self-defense and in turn, creates a new life for herself. Ultimately, her character proves time and time again, that you are not defined by your circumstances.

Although Batgirl has taken many different forms in the DC Comics universe, she is mostly known as Barbara Gordon, the daughter of police commissioner James Gordon. While her superhero identity helps Batman and Robin fight crime in Gotham City, her civilian identity is super intelligent as well. After earning a doctorate in library science, she was also elected to the United States Congress.

As Delevingne points out, Wonder Woman has one of the most sexist costumes of all, but her character is so much more than her high rise bikini and boots. Aside from being a warrior princess of the Amazons, her constant fight for gender equality has made her a feminist icon among comic book readers.

She may be pretty, but she's also lethal. As a female activist, her very character was rooted out the feminist need for more independent female villains. Aside from being highly educated in all things botanical, her alliance with fellow villain Harley Quinn also portrays the importance of strong female friendships.

This female superhero is much more than a femme fatale. As a former Russian spy, she is extremely athletic strong. Not only is highly trained in combat, the white blood cells in her body make her immune to almost all diseases and disorders. Basically, nothing can keep this girl down.

As the Joker's self-proclaimed girlfriend, Quinn is obviously super strong. I mean, you would have to be to put up with that craziness. Aside from a strong stamina, she also has a strong mind, working as a psychologist before her transition to a villain.

So yes, these ladies are drawn in costumes that could undermine their strengths. Lucky for them, some of us aren't into comics for the spandex.