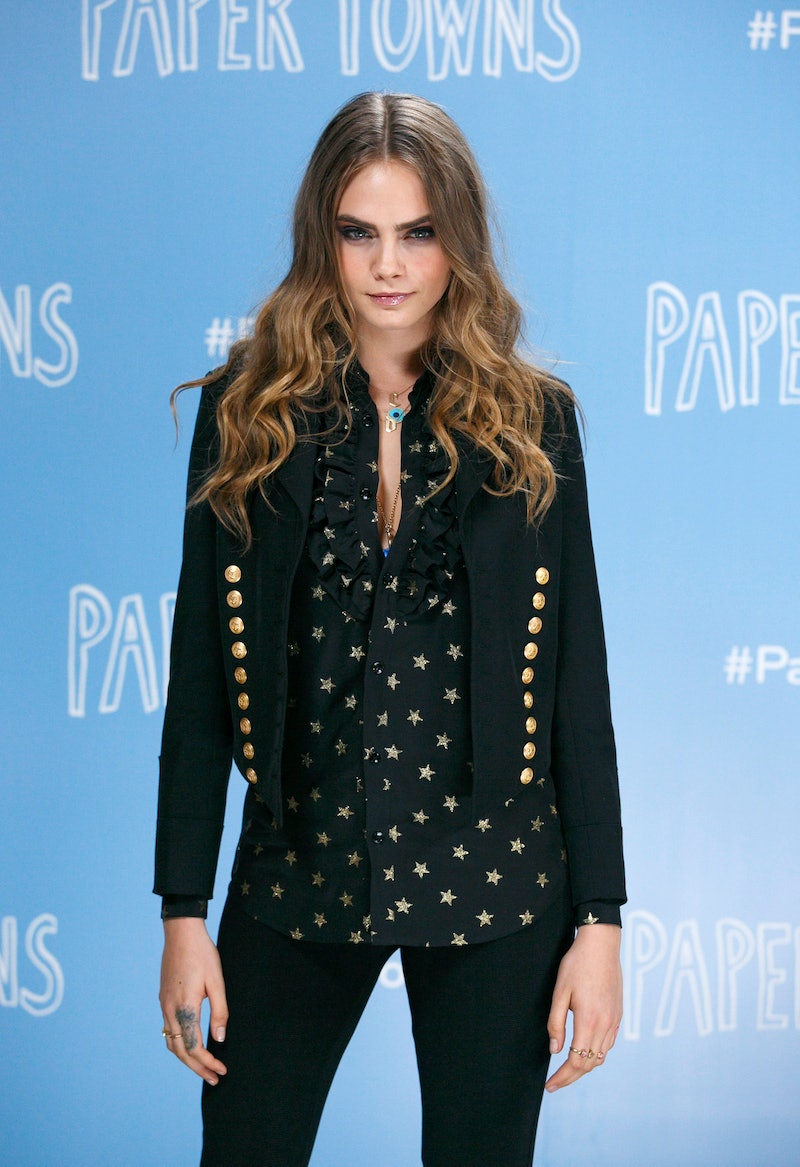 Superman, Batman, Spider-Man. Notice a common theme among those names? Yup, they're ALL men. It's no secret that superheroes are predominately male. But here's some good news: recent efforts show that comic book characters are on the right track toward equal representation, including the upcoming DC Comics movie Suicide Squad . In an interview about the film, star Cara Delevingne talked about sexism in superhero movies. The actress said,

There are only three girls in [Suicide Squad] but in my opinion they have the best roles. Generally though, superhero movies are totally sexist... Female superheroes are normally naked or in bikinis. No-one would be able to fight like that. Wonder Woman, how the hell does she fight? She would be dead in a minute.

Delevingne does make a good point. Female superheroes tend to be overly sexualized and not taken as seriously as their male counterparts. In 2004, Catwoman flopped in theaters (and received only one star on Rotten Tomatoes), with many critics complaining that there's no way Halle Berry could realistically fight crime in that skin-tight leather outfit. And what about those comments that Black Widow is a "slut"? Yeah, not cool.

That's why it's refreshing to hear that Suicide Squad features strong female characters. This seems to be a trend that things are slowly, but surely moving in the right direction and women superheroes are finally being treated right. Here's proof!

CBS ordered the series Supergirl , which is a female-led superhero show that airs this fall. Instead of playing a sidekick, Melissa Benoist is the lead.

The debut of a female Thor

Despite an onslaught of complaints when Marvel first announced the news, the female Thor comics are selling off the shelves and that speaks volumes about progress.

A few weeks ago, Marvel announced an "all-new, all-different" group of superheroes. This diverse crew includes FOUR female heroes. According to Time, here's the list of characters:

Ms. Marvel, a teenage Muslim superhero; Spider-Gwen, Peter Parker’s girlfriend who, in this version of the universe, is bitten by a radioactive spider and receives super powers instead of him; Carol Danvers, a.k.a. Captain Marvel, who will be the leading lady in Marvel Studios’ first female superhero film; and a female Thor, who took up the Norse god’s hammer last year.

According to director Josh Trank, Kate Mara's character Sue Storm breaks the mold of previous movies in the franchise—which is amazing. In an interview, he explained,

Sure, work still needs to be done, but this progress is pretty promising! Just because superhero movies were sexist in the past, that doesn't mean that's how things have to stay, as Suicide Squad and more are showing.