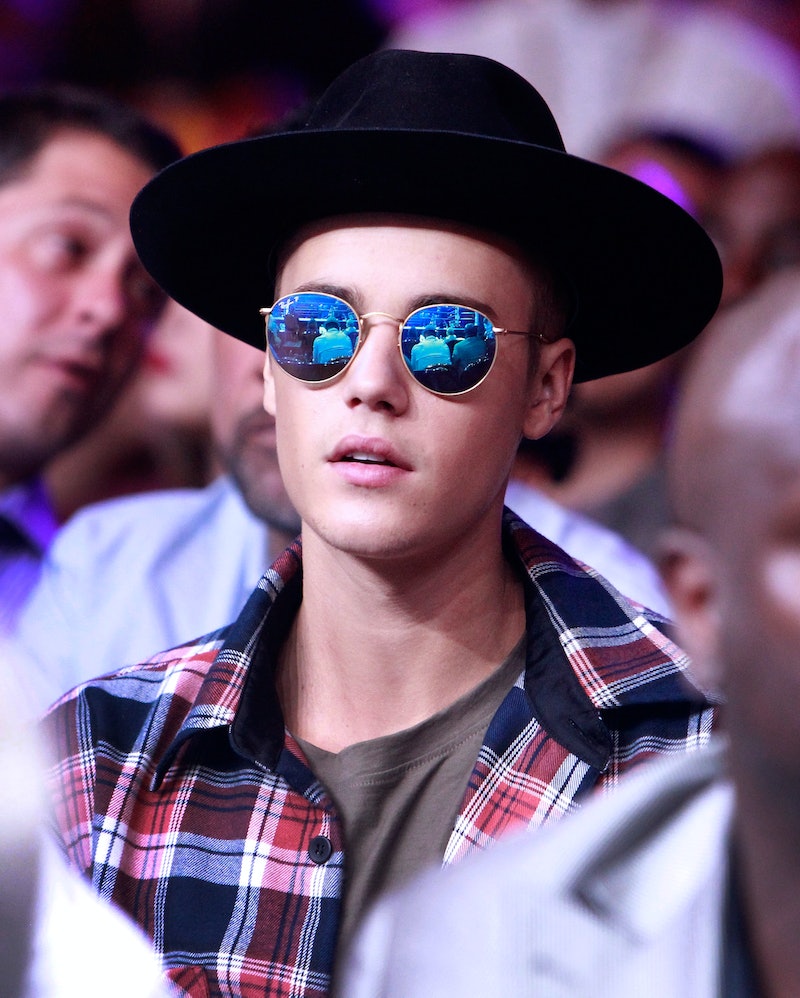 I fancy myself a pop culture detective, so it shouldn't surprise you at all that I think I've just solved myself a mystery. It was the mystery of "What Is Justin Bieber Doing In Zoolander 2 And Why?" and I'm pretty sure the answer is "working hard to rehabilitate his image." Because from the sound of it, this isn't your average cameo, because Bieber told Women's Wear Daily that his appearance will be opening Zoolander 2, so he's got nowhere to hide. Comedies these days tend to pack in a bunch of celebrity guest appearances, like Kanye West in Anchorman 2 or Mike Tyson in The Hangover, so there's a particular reverence reserved for the position of opening the movie, before all the famous faces start to blend together.

And according to what Bieber told Women's Wear Daily in a conversation about the Zoolander sequel, that's the spot he scored: "I start the movie off. The first thing you see in the movie, which is pretty cool. I do this whole, like, parkour sequence."

Considering the amount of bad publicity that Bieber was slogging through this year, getting him a cameo in the sequel to a beloved comedy classic like Zoolander is a super smart move. And putting him right at the top of the movie puts a lot of pressure on Bieber to succeed, and really prove to us that he's serious about rehabilitating his image. After all, for a while there (or maybe still?), his whole thing was to act blasé and pretty checked out, more interested in posting selfies on his jets than putting out new music.

Case in point, his last well-received album was Believe, which came out all the way back in 2012 (yeah Journals , we see you), so the dude definitely has something to prove as far as being reliable in the industry, and seems to realize that the best way to do that is to throw himself whole-heartedly into another venture:

"I’ve never really done something like that before. I didn’t expect Ben [Stiller] to be so hands on….It was really cool to have him direct me in such a nonthreatening way. I wasn’t intimated at all."

OK, yup, I see what's going on here. Bieber appears to have finally figured out that his career won't just go on indefinitely if he doesn't put some serious work in, so from where I sit, he seems to be taking a gamble that his performance opening Zoolander 2 will be strong enough to turn the tide in his favor. I really can't predict the outcome, so I guess we're gonna have to wait until Zoolander 2 comes out on Feb. 12, 2016.

But it does seem like Bieber is really trying, so perhaps it's not strange to hope he makes it work. After all, these days, no one can get by on just being really, really, ridiculously good-looking.