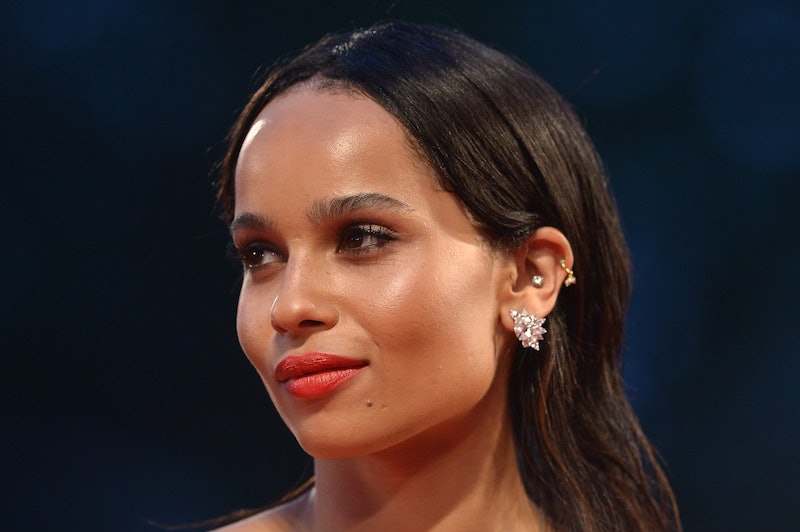 The 26-year-old actress is having one hell of a year. Starring in such films as The Divergent series, Mad Max: Fury Road , and Dope, audiences have surely seen the dark-haired beauty grace the big screen in recent months. And now, Zoe Kravitz stars in The Road Within , a comedy/drama hybrid surrounding a motley crew of friends on a sentimental road trip. The film co-stars Dev Patel and Robert Sheehan, and follows a young man with Tourette’s syndrome who embarks on a journey with two friends — a rebellious anorexic girl (Kravitz) and a young man with OCD (Patel) to spread the ashes of his recently-deceased mother across the country.

In an exclusive clip from the film, Zoe Kravitz speaks about female roles in the entertainment industry and how she related with her character, Marie. The issue of Hollywood's portrayals of women, and a general questioning of the industry — Are there enough well-rounded roles for females? Are women represented in equal numbers as men? — has been a hot topic of discussion recently, and we love seeing the Mad Max star tackle the topic.

Watch the exclusive clip below, and catch The Road Within on BluRay and DVD July 7: