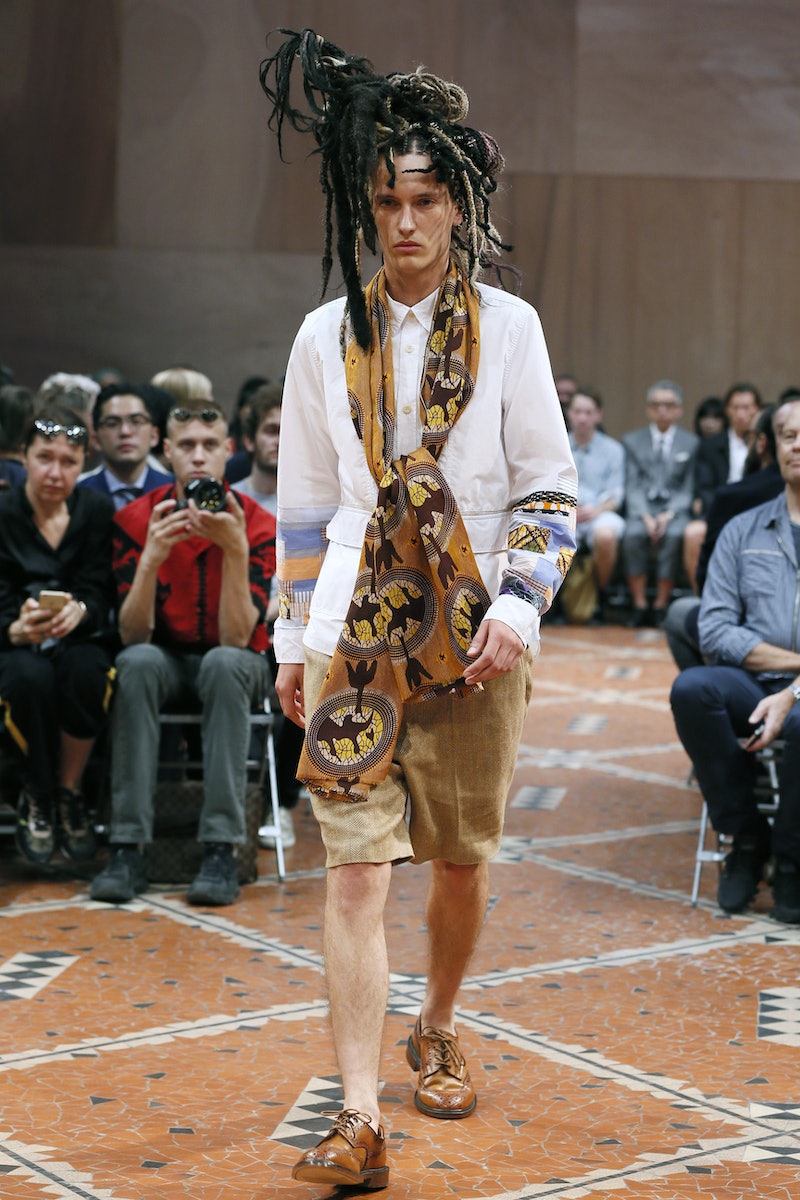 Here we go again. Paris Fashion Week almost passed with little controversy until Junya Watanabe used cultural appropriation at his spring/summer 2016 menswear show that was supposed to make a statement about colonialism. Instead, the designer incorporated tribal jewelry and African textiles to his collection worn by white male models in dreadlocks and cornrows. Watanabe's controversial show was held at the Museum of Immigration in Paris.

Adding to the issue of cultural appropriation on the runway was its glaring lack of diversity. Not that it would have been less offensive had Watanabe used racially diverse models, but it still seemed bizarre to only have Caucasian models in the show. Both the offensive styling and casting prompted reactions from critics who blasted the Japanese designer online with comments ranging from "Was it co-designed by Rachel Dolezal?" to "Junya Watanabe's Africa-themed fashion show was missing a key element: black models."

Cultural appropriation in fashion, sadly, is nothing new nor will it ever seem to go away anytime soon. Designers often struggle to find a balance between presenting a sociopolitical message with their collections, but executing them in a way that appropriates and offends other cultures. Whether it's Dsquared2's use of Inuit tribe clothing at Milan Fashion Week or Kylie Jenner's dreadlocks, there are just way too many unfortunate examples of adopting other people's way of life for the sake of fashion. It will never be inoffensive or just "art." Watanabe is one of the most renowned designers, known for his avant garde aesthetic, and he simply didn't need to present such a problematic collection.

Here's to hoping he issues an apology and learns from his mistakes.