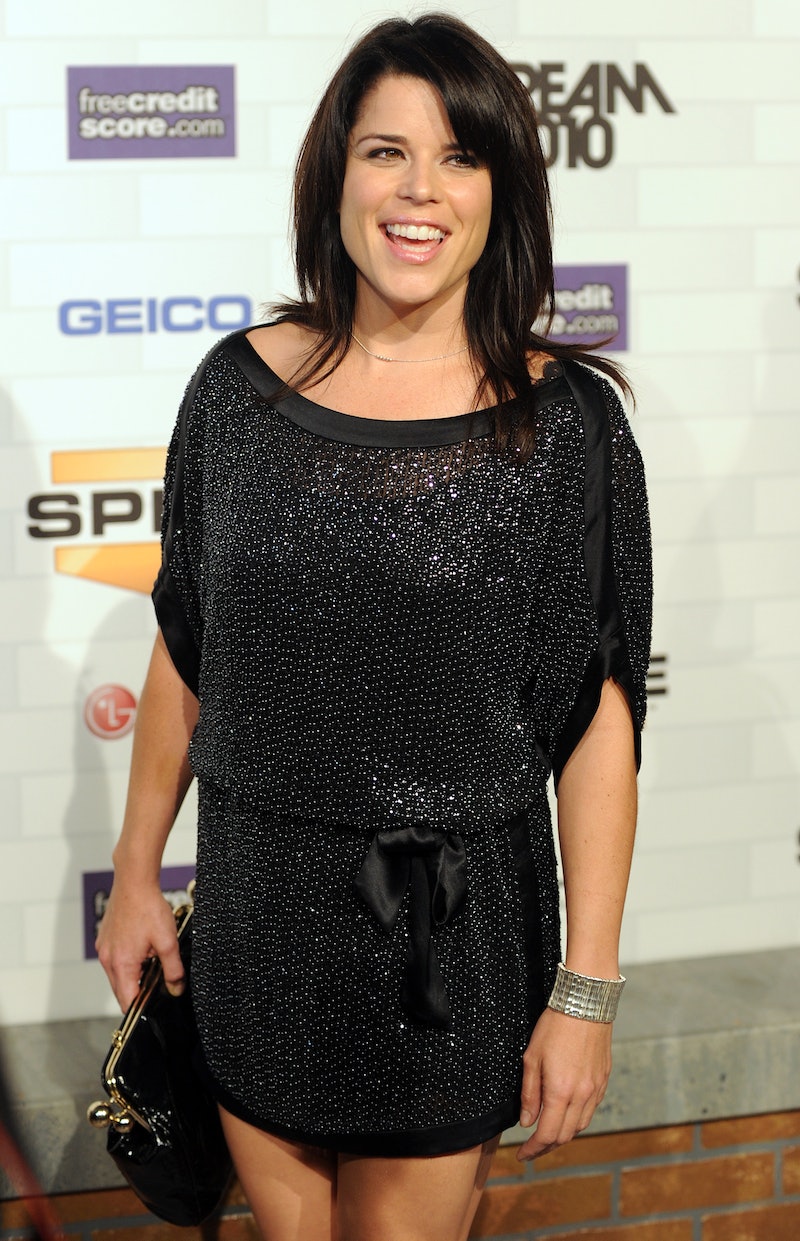 '90s nostalgia is hitting its throwback zenith right now. Shirley Manson and Garbage are going out on the road this fall to play the band's 1995 self-titled debut album live; the Forever 21 racks are crowded with daisy-print rompers; and MTV is resurrecting Scream , the savvy and tongue-in-cheek Kevin Williamson/Wes Craven blood-fest that started a teen horror phenomenon. The series takes the story back to high school, where the nightmare started for the fictional town of Lakewood. But don't expect to see Jamie Kennedy extolling the clear moral code of the slasher flick in the TV version. This Scream features a new cast of potential victims and even a new locale. Still, the one constant that carried through the entire film franchise was Neve Campbell's forever haunted survivor. Will Sidney Prescott ever appear on MTV's Scream?

The answer is: maybe, but not yet. In the vein of FX's critically acclaimed Fargo serialization, this new Scream was conceived as more of an homage than a sequel to the events of the source material. In the films, the killing spree was jump-started by Sidney's mother's infidelity and the murderous teen rebellion that it inspired. Lakewood has its own issues; the kids are still talking about disfigured and bullied teen Brandon James who supposedly snapped and took revenge on his torturers in, you guessed it, the '90s. The series has replaced Scream originals like Campbell, Skeet Ulrich, Rose McGowan, David Arquette, and the rest with relative newcomers like Willa Fitzgerald, Fitz Taylor-Klaus, Connor Weil, and John Karna. Even Ghostface has a new look. And it's approved by Master Craven, thank you very much.

With all this new blood (heh) in the mix, a callback to Woodsboro and the Prescotts seems unnecessary, no? This is Scream for a new generation. Fans of the original franchise may tune in out of curiosity, but this series is intended to create a brand new audience. This MTV generation didn't have the experience of huddling with their friends at the movie theater and shrieking in surprise when Drew Barrymore, the biggest starlet of the cast, was murdered within minutes. (Psycho did it first, but Scream brought it back. Respect.) They deserve their own Scream experience.

But the thing about TV shows is that they can go on a long time, and cover a lot of ground. Scream the series shouldn't sacrifice its own story to accommodate gimmicky cameos. But, should the show find success, there's every opportunity for Lakewood's mythology and Woodsboro's to cross paths. At her panel at a Texas horror convention in April of this year, Campbell addressed the possibility of her character returning to the Scream universe. As the video below shows, she's game, if trepidatious. "You know, there was talk of it at the moment," she said. "I'd probably want to see how it is first."

More like this
Hayden Panettiere Will Return For 'Scream 6': "We F*cking Won, Scream Fam"
By Jack Irvin and Jake Viswanath
Laura Dern Said “Cultural Awareness” Made Her Rethink This 'Jurassic Park' Fact
By Grace Wehniainen
The 'Hocus Pocus' Sequel Finally Has A Release Date & It Makes Total Sense
By Shannon Barbour and Radhika Menon
A 'Bridgerton' Star Just Dropped A Major Hint About Joining The Live-Action Barbie Cast
By Bustle UK
Get Even More From Bustle — Sign Up For The Newsletter