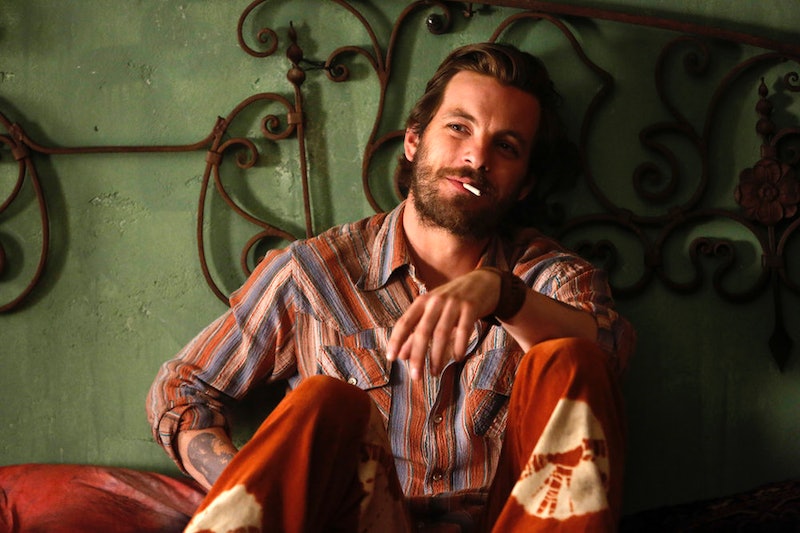 Despite some thrilling moments, I wish Season 1 of NBC's Aquarius had included even more historically accurate parts. As a slightly obsessive reader of true crime stories, I needed more about Manson and his family. Fortunately, Aquarius has been renewed for Season 2, so I could very well get my wish. Season 1 of Aquarius was set in 1967, two years before the well-known Tate and LaBianca murders. So, is it possible that when the series returns for Season 2, it will introduce the key players that lead to these murders, as well as show the murders themselves? The timeline definitely could fit, unless the show wants to spend a little extra time in 1968 to set up Manson's quickly growing group of followers and how he was able to convince them to commit these heinous acts of crime.

The Manson family's most well-known murders may have happened in August of 1969, but the Tate and LaBianca scenes weren't the only killings done by the group. In May and July of that year, Manson and his followers killed both an African American drug dealer named Bernard "Lotsapoppa" Crowe and Gary Hinman, a musician who owed Manson money. But, even before any of this happened, 1968 was also a big year for Manson and his followers.

Manson met the famous Dennis Wilson from The Beach Boys in 1968, after Wilson allegedly picked up two of Manson's followers — Patricia Krenwinkel (aka maybe Katie from Aquarius ) and Ella Jo Bailey — and later Manson met Wilson on his driveway. Manson and Wilson became friends with Wilson, even letting Manson and his followers stay at his Sunset Boulevard home and Wilson paying for Manson to get studio recording time. Wilson also introduced Manson to record producer Terry Melcher, which set into motion the events of the Tate murders.

For a time, Melcher was interested in not only recording music with Manson but also making a film about Manson, his followers and their hippie lives. However, Wilson later cut ties with Manson and Melcher did so as well after watching Manson get into an ugly fight with a drunken stuntman at Spahn Ranch, Manson and his followers' new living quarters after Wilson made them move out. Melcher decided to abandon all of his projects with Manson which made Manson extremely angry. He told his followers to go to Melcher's house and "destroy everyone" in the most gruesome way possible. Unfortunately, Melcher was renting his home out to Roman Polanski, who was away, and Sharon Tate who was entertaining guests that evening. Thus the Sharon Tate murders.

It seems likely the show will want to introduce these key players first and how they will ultimately relate to Sam Hodiak and Brian Shafe as well. But, will the murders actually occur in Season 2? It's entirely possible because the timeline definitely fits, but it will depend on how slow and deliberate the pacing will be throughout the season. I'm sure the writers of Aquarius know that the Tate and LaBianca murders are a big moment, and it's probable that they'll want to draw out that climax and keep audiences guessing. But, hopefully they won't make us wait too long to see the infamous history play out on our screens.