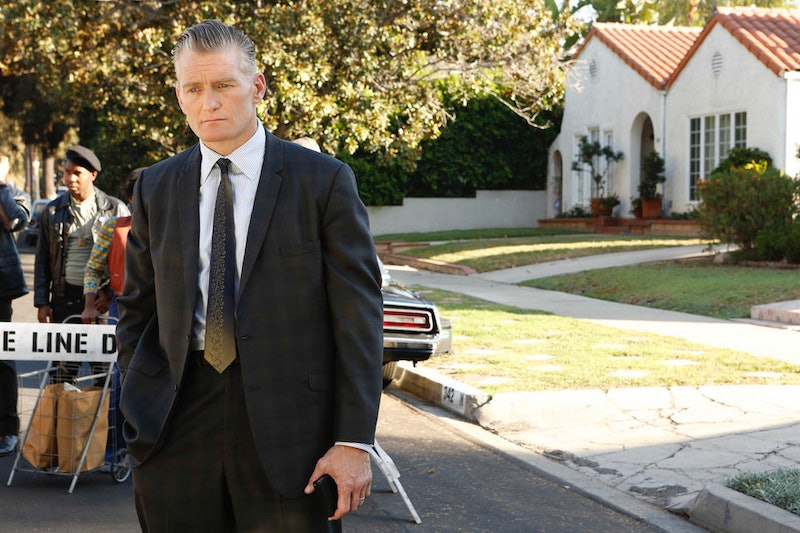 If you've become obsessed with the historical fiction series Aquarius , then boy do I have good news for you. Aquarius has been renewed for a Season 2, and everyone should be dancing in the streets, flower power style, to celebrate. Chance Kelly, who plays Detective Ed Cutler on Aquarius , was thrilled by the Season 2 pick up. "It was such good news, I was so happy to hear it," he reveals.

"I really like Aquarius," Kelly continues. "It's a completely new concept, supposedly telling a historical event but blending in a fictitious storyline." He also says that, "It takes time and a lot of doing to get that it just right." But, with the news of a Season 2, I'd say the cast and crew have gotten it just right.

Since the end of May, fans have been enthralled in the story of Aquarius. It takes historical knowledge about Charles Manson's following and weaves in a fictionalized story to create— for lack of a better word — a cult following of the series. If you are watching along with NBC's broadcast, then you're half way there. But, if you watched every episode back-to-back on your streaming device, then you're probably wondering where things stand for Season 2.

While there's no word on when the second season will return to the network, Kelly was able to speak on when the production could get underway. "It won't be any sooner than the beginning of the fall," Kelly says, noting David Duchovny's X-Files (!!!) Season 10 filming this summer. It's possible Season 2 will come our way in late spring 2016, like it did this year.

But, either way, with a new season of Aquarius coming, what does Kelly hope to see happen for Ed Cutler? Mostly, he's excited to watch the change his character will hopefully go through in the sophomore year of the series. "He's thick-headed, so to speak, but I think he does learn eventually," Kelly says. "Reluctantly, he'll have to accept some level of change. That's life."

It sounds like Season 2 can be full of new things for all of the characters involved. I seriously can't wait, so I'm going to go marathon Season 1 all over again.