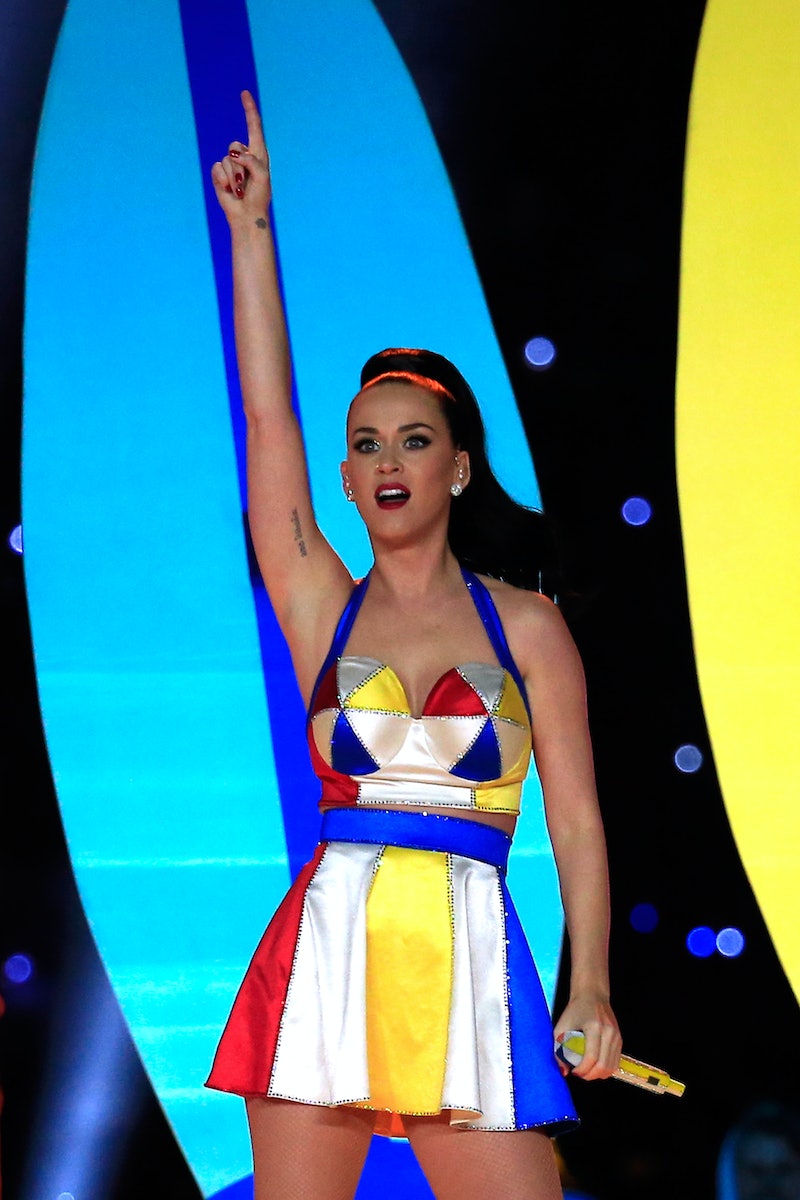 Listen, I maintain that in this world, you can be or not be anything you want to. You know, Voltaire and all that. But, when your actions fit hand in hand with an ideal you're denouncing, it seems just a little bit silly to keep on denying your obvious association with it, no? Katy Perry covers the July issue Forbes magazine due to the fact that she was named the highest earning female entertainer of 2015. But the feminism here doesn't have to do with her ranking, instead, it has to do with what Perry stated in regards to her place on the cover.

You see, for someone who has proclaimed that they weren't a feminist in the past, her Instagram musings say differently. The singer wrote,

Before accepting the offer to be on the cover of Forbes, I was told that a lot of women have previously shied away from doing it. I wondered if it was because they thought socially it would look like they were flaunting or bragging or it wasn't a humble decision. Ladies, there is a difference between being humble and working hard to see the fruits of your labor blossom, and your dreams realized. Hopefully this cover can be an inspiration to women out there that it's okay to be proud of hard earned success and that there is no shame in being a boss. Also... don't think that I didn't celebrate this moment by going straight to Taco Bell and getting my crunch wrap supreme...

A few things to note here. One, crunch wrap supremes are delicious. Two, you GO girl! Three, now that she's just so eloquently expressed that women, in particular, should be unapologetically proud of their successes both financially and socially, can't she just do the damn thing and admit that she's a feminist, already?! Especially, when the kick ass caption is a direct response to Forbes saying that women have questioned covering the mag AND because her POV perfectly echoes the actual definition of feminism: "The advocacy of women's rights on the grounds of political, social, and economic equality to men."

It's OK to admit that you were wrong, or simply unaware, or not understanding of a position that you now agree with. Taylor Swift did it. Hell, I may not be a celebrity, but I've even done it. We're not perfect and we're learning and that's the beautiful thing about living life and evolving... we aren't supposed to stay the same way in the same body of thought our entire lives. If we didn't ever change, how would we grow? It doesn't mean you're a poser or a fraud. As the sage, underrated Leslie Knope once said in response to an accusation of why she was "flip-flopping,"

Well, because I learned new information. When I was four, I thought that chocolate milk came from brown cows, and then I flip-flopped when I found out that there was something called chocolate syrup.

Sure, Perry may have thought she wasn't a feminist before. But maybe it's time to proudly, once-and-for-all, "flip-flop."