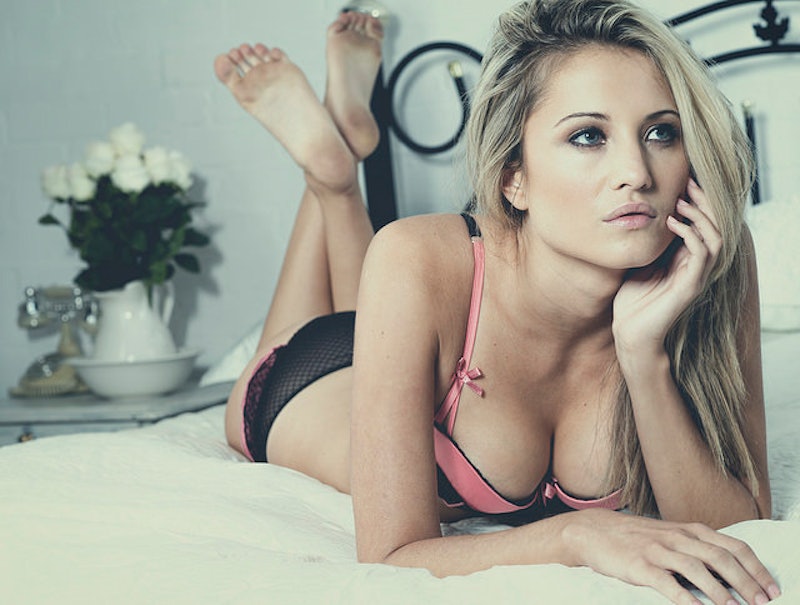 Have you ever wondered whether men and women have different desires in the bedroom? The Irish Times sex survey looked to answer this question to see how people felt about their sex lives, as well as whether any of these differences were related to factors like age, orientation, and gender. 12,000 people age 17 and older participated in the large-scale survey, which was conducted during June of 2015 on the newspaper's website — and now the results are out, so let's take a look.

It's worth noting that the results come with a few caveats: First, the survey was completely voluntary; second, it was conducted by a geographically-specific publication; and third, over 60 percent of the participants were in the 24 to 50 age range. As such, we can't really make sweeping generalizatons across the population based on what the survey found. That said, though, the results are still intriguing for a variety of reasons. Sex therapist Margaret Dunne told the Irish Times, for example, that surveys like this help people to locate their experinces in relation to others. “Such surveys help people address the ‘Am I normal?’ question, which I am constantly asked by my clients. ... This survey will assist readers to answer those questions by themselves," she said.

Here are the six most significant takeaways; to see the full results of the sex survey, as well as a ton of interactive infographics that can help you filter the answers according to orientation, age, sex, and more, head on over to the Irish Times.

1. Most People Have Had Between Five and 10 Sex Partners

2. Women Of All Ages Have Trouble With Orgasm

51 percent of women ages 17-24 answered "yes" to the quesiton about whether they have experienced an inability to orgasm. The numbers hovered in the mid 40th percentiles for women who were middle-aged or older, which suggests this problem is very common.

3. Most People Are Happy With Their Bodies

Despite seemingly contagious body shaming, most people — 58 percent of participants — reported being happy with their bodies. For women, the answers came down to a 50/50 split between happy and unhappy, while for men, 64 percent reported being happy with their bodies. There's clearly still a gender divide in body image here; it should also be noted that people tended to become happier as their bodies as they age. So all of that stuff you hear about fighting the aging process must really be just a marketing scheme.

4. 50 Shades of Grey Is Not The Reality For Most

6. Most People Are Having Regular Sex

If you've ever wondered how much other people are having sex, the average among survey respondents was one to two times per week. In fact, only seven percent of people reported having not had sex within the last year. 25 to 34 year olds are having the most sex, with 51 percent of both men and women reporting having gotten busy one to two times per week on average. For those who were single, 38 percent of men and 27 percent of women reported having had sex within the last month, so clearly long-term relationships aren't necessary for finding sexual partners. Also, the stereotype that those who are in long-term relationships not having as much sex seems to be accurate; only 31 percent couples who have been together for more than 30 years reported having sex at least once per week, compared to 60 percent of those who've been in a relationship for two to seven years. Then again, anyone who's been in a relationship for over 30 years is probably also a little... less spry than many of their two-to-seven-year counterparts, so... do with that what you will.

Head on over to the Irish Times to see the full survey results.

Images: Giphy (6); Lies Thru a Lens/Flickr

More like this
Help! My Partner Only Wants Sex Late At Night & Won’t Compromise
By Sophia Benoit
Ask A Sex Therapist: Is My Sex Fantasy Normal?
By Madison Malone Kircher
What Mercury Retrograde Spring 2022 Means For Your Sign's Sex Life
By Nina Kahn
JoJo Siwa’s Sweet IG Post Seemingly Confirmed She’s Back With Her Ex
By Brad Witter
Get Even More From Bustle — Sign Up For The Newsletter