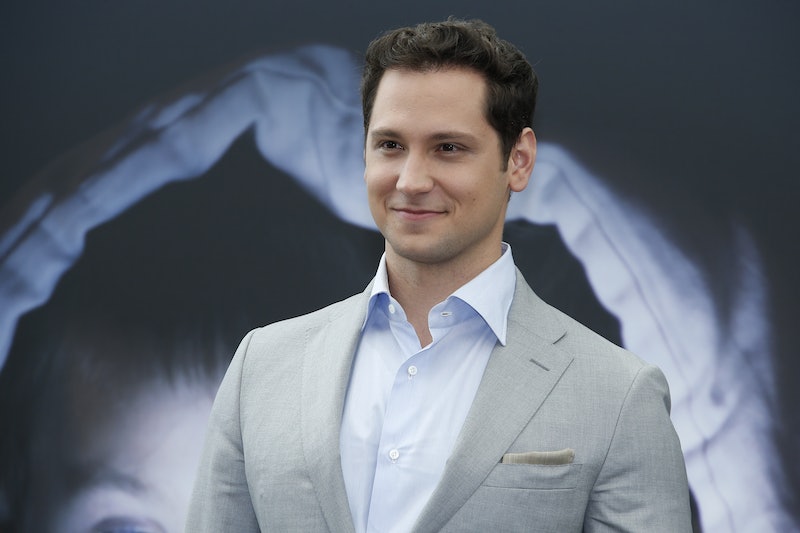 Matt McGorry. Recognize that name? Well, you should. Not only does Matt McGorry star in Orange Is the New Black (as John Bennett) and How to Get Away with Murder (as Asher Millstone), but the small screen-star is an outspoken feminist who fights for equal rights. Basically, McGorry isn't just changing the world on TV, but he's doing it daily through his real-life, as well. Also, he's one hilarious guy, who you should follow on Twitter, Facebook, and Instagram, stat. For instance, the actor recently revealed an interesting tidbit on Twitter. Did you know Matt McGorry gets mistaken for Skylar Astin from Pitch Perfect?

According to a tweet shared by McGorry on Monday, he is seemingly asked a lot if he starred as Jesse (played by Astin) in Pitch Perfect. He tweeted, "Another day, another person thinking I was in Pitch Perfect. @SkylarAstin."

Don't see the resemblance? Obviously, they aren't identical and don't really share a lot of the same features. Granted, they're both good-looking, so maybe that's why the OITNB actor gets stopped on the street and asked to take photos? Or, maybe it's because of some other reasons.

"What other reasons?" you're probably asking yourself. Well, I'm so glad you did. After giving it some thought, McGorry and Astin are pretty much doppelgängers for many other reasons that don't include their physicality.

Here are eight reasons Matt McGorry is pretty much the same person as Skylar Astin.

Just like Astin shows off his dance moves on Broadway and in Pitch Perfect, McGorry is no stranger to dancing, especially on OITNB and HTGAWM. McGorry even challenged Astin to a dance-off, so let's hope this happens, stat.

Anyone who follows the actor on social media knows he's freaking hilarious and has a great sense of humor, which is also shown through his characters. Well, so does Astin, as he's proven on screen and also through Instagram and Twitter.

Yeah, there's no doubt they both wear a suit really well.

I'm pretty sure they need to have some doggy play dates.

OK. So, Astin has never been a bodybuilder, unlike former trainer McGorry, but he does love the UFC, so that's pretty much the same thing, right?

6. He Played A Musician

As Pitch Perfect fans know, Astin has a gorgeous voice. Well, it seems McGorry plays a musician in How He Fell In Love. Does he sing in the movie? I'm not really sure, but let's hope, because I need to hear his voice, which is probably amazing.

7. He Loves To Travel

Both Astin and McGorry love to travel and go on adventures. Maybe they need to take a vacay together?

Yep, they were both super cute back in the day.

Now, all we have to wait for is these to have that dance-off and prove they are the same person.

More like this
Selma Blair Wrote Through The Pain
By Samantha Leach
Here’s Everything Coming To & Leaving Netflix In June
By Alyssa Lapid
Britney Spears Met The Weeknd & Sam Levinson, So She May Actually Be On 'The Idol'
By Jake Viswanath
Taylor Swift, Kerry Washington & More Speak Out On Uvalde Mass Shooting
By Jake Viswanath
Get Even More From Bustle — Sign Up For The Newsletter