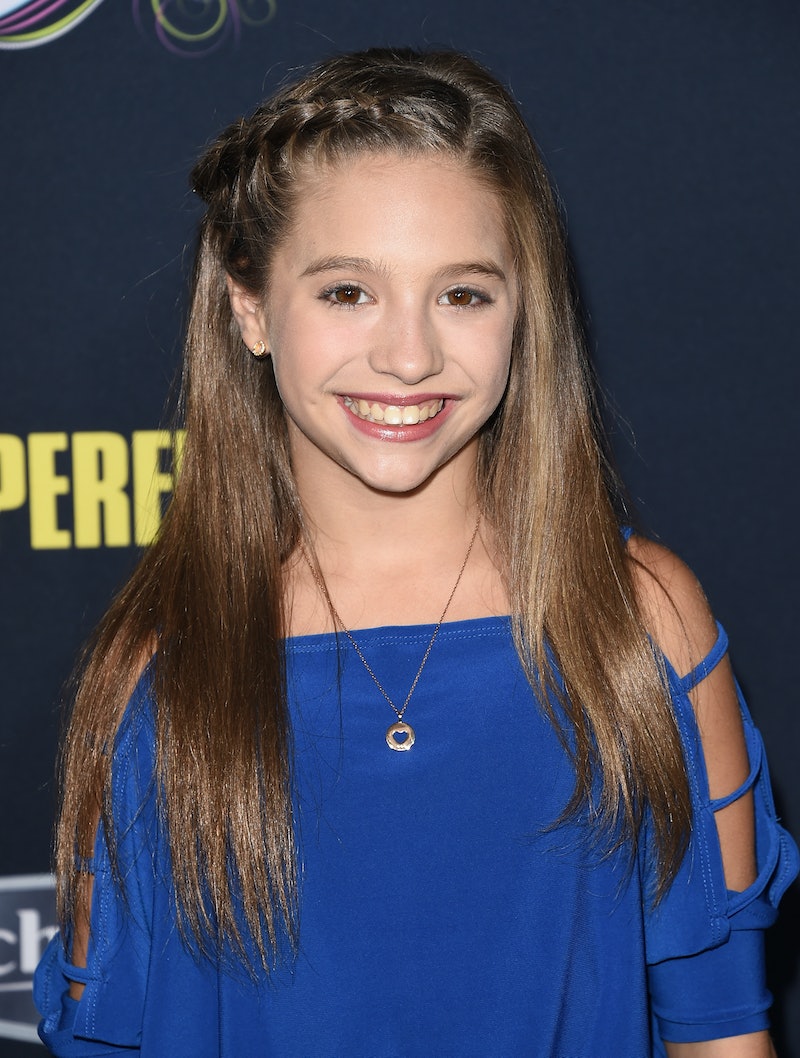 It can be hard for younger siblings to grow up in their elder sibling's shadows. Especially those little sisters and brothers, like Dance Moms' Mackenzie Ziegler, who possess talent that rivals their extra special sibling's, but who haven't quite reached the same level of notoriety yet. Despite Maddie Ziegler's rise to fame due to her tremendous talent, younger sis Mackenzie deserves her chance in the spotlight, too. Not just to make things fair and square, but because the littlest Ziegler is a dancing machine just like Sia's mini-me protege.

Whether you're an avid Dance Moms watcher or not, you probably know that superior dancing runs in Maddie and Mackenzie's family. And, if you somehow don't know that, you've at least heard the Ziegler name. I'm sure that sooner, rather than later, Maddie and Mackenzie will be a two-for-one package deal when it comes to associating that big name to the even bigger talent. Besides, won't Sia need a new little wig wearing doppelgänger once Maddie moves on to her next project? I can hardly think of a better girl for the job than Maddie's mini-me herself.

1. When She Probably Could've Gotten An Olympic Gold Medal For Gymnastics In The Midst Of Her Dance

2. When She Made An In-Studio Dance Seem Like It Was On A Main Stage

That's how you command a room.

3. When The Ziegler Sisters Slayed The Same Dance

4. When She Totally Rocked It

5. When She Proved That Nerves Had Nothing On Her Talent

Pint-sized hero, I tell ya.

6. When It Was Clear That Rhythm Is Part Of Her DNA

7. When She Was An Infant & Still Danced Better Than Any Of Us Could Dream To

Not sure if I was even walking yet at age 5.

8. When She Proved She Was The Real Deal

Keep on keepin' on, Mack Z.